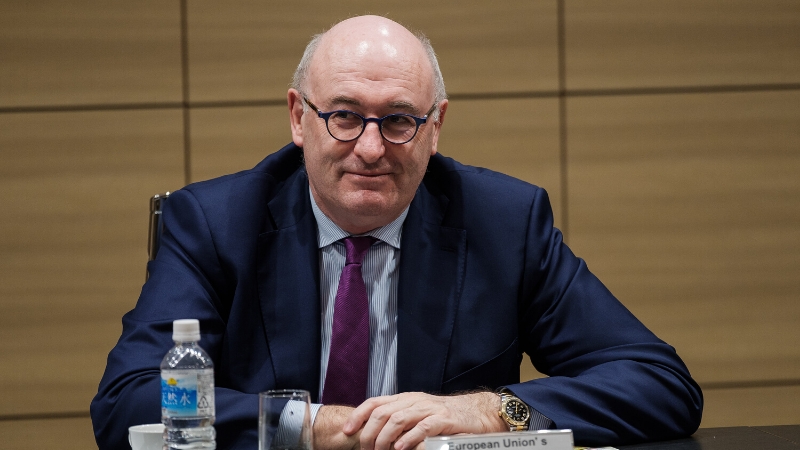 The European Union is drawing up new rules to keep Chinese and US-subsidized companies from taking over its key industries or winning public contracts.

While the proposal's main target is China, the new rules apply to all foreign firms, including those from the US, who are bargain hunting during the economic crisis.

Chinese companies are under increased scrutiny in Europe as Beijing attempts to increase its influence in the continent via infrastructure projects, such as the Belt and Road Initiative.

The European Commission (EC) is also wary of awarding public contracts to government-subsidized foreign companies who bid on procurement deals below market rates.

EU trade commissioner Phil Hogan pointed out that the bloc's openness is exploited via foreign trade practices, such as subsidies that distort the level playing field among EU firms.

The EC executive branch wants the authority to investigate if companies are using foreign subsidies to undercut competitors in the bloc and to review acquisitions of EU companies by those outside the bloc.

Foreign buyers found to have been unfairly benefitting from subsidies may be forced to pay or sell assets.

The EU, who could also block the purchases, said it needs to prevent unfair competition in its unified market and preserve its "strategic autonomy."

Margrethe Vestager, the official in charge of competition and digital policy, said that it needs the right tools to prevent foreign subsidies from distorting their market.

The EC's proposal will undergo a public consultation until September 23, to introduce new legislation in 2021.