Fact check US: Is Obamacare 'dysfunctional and too expensive', as Trump claims? 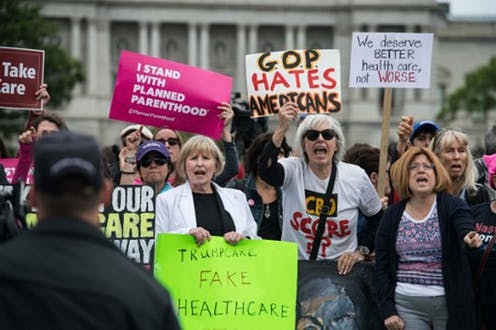 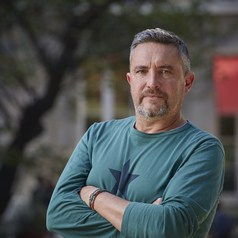 During the first debate of the 2020 presidential campaign, Donald Trump attacked his challenger, Joe Biden, asserting that “Obamacare is too expensive; it doesn’t work”. The attack was unsurprising given Trump’s obsession with this major health care reform, formally known as the Affordable Care Act (ACA).

Work on the law that would become the ACA was initiated in 2009 by the Obama administration with the goal of extending health insurance to more than 20 million Americans out of the 45 million who didn’t have coverage. It was signed into law on March 23, 2010. While the law did not succeed in reining in the cost of the US health care system – in 2010, the reform was estimated to cost $940 billion over 10 years, revised to $1.76 trillion just two years later – it has reduced the percentage of Americans without health insurance substantially. In 2013, 20.3% of US citizens had no health insurance. Today, that figure has fallen to slightly above 10%.

The criticism of the Affordable Care Act is part of Donald Trump’s persistent attempts to erase Obama’s political legacy, which is in some ways that of Joe Biden as well. After taking office, Trump quickly launched an effort to “repeal and replace” the ACA. While the Republicans controlled both the House and Senate at the time, the strategy failed. The proposed law passed the House by only a slim majority on May 4, 2017, and was rejected in the Senate on July 28. The deciding “no” vote was cast by John McCain, the former Republican presidential candidate who has since passed on.

Despite his failure to repeal the ACA, Trump kept attacking. He cut federal taxes aimed at financing the development of the new health insurance system, encouraged Republican governors not to implement the reform in their states, and challenged the act in Federal court on numerous occasions. The Supreme court will have its say on the subject on November 10, when it rules on California v. Texas. The case concerns a suit bought by the Trump administration and a group of attorney generals challenging the law’s constitutionality.

Given the conservative majority on the Supreme Court, there is a real risk that the ACA will be overturned. However, the Covid-19 pandemic and the lack of any plausible alternative by Republicans weigh against such a ruling.

Trump’s difficulties in overturning the ACA have their roots in the reform’s long development process, built on the political consensus of both Democrat and Republican health care policy experts. The law was developed by health insurance policy experts both within government and outside (including think tanks and foundations), rather than career civil servants, worked for years to develop the program. In practice, the act is a subtle blend of extending the existing public programs of Medicare (targeting over-65s) and Medicaid (for isolated women and children), and drafting help from private insurers and employers. While certainly complex, the reform allowed for a gradual coverage extension of the health care safety net to a far greater number of US citizens and residents.

Prior to the ACA, 20.3% of American citizens had no health insurance. Today, that figure has been cut in half, to just over 10%. Overall, around 25 million Americans have access the health system thanks to the Affordable Care Act.

On the other hand, expense of the reform has exceeded initial previsions: anticipated to cost $940 billion in 2010, in 2012, the bipartisan Congressional Budget Office revised the estimate to $1.76 trillion. And it has not succeeded in reducing health care spending in the United States, which still has by far the world’s most expensive health care system, spending more than $11,000 per capita annually, 160% more than the OECD average. In all, 17% of the country’s GDP is spent on health care, yet 1 out of 10 Americans has no health coverage – and this is with the ACA in force. By comparison, France only spends 11% of its GDP for its health care system, which is universal.

Part of the challenge of the ACA is its hybrid nature, a mix of public programs and private insurance. This is the basis for Trump’s claim that it “doesn’t work” and his demand that it be repealed and private insurance returned to the center of the system. This would take America back to the pre-reform status quo, when 20 million US citizens – seen as unprofitable or too risky by private insurers – were unable to obtain health coverage.

The Covid-19 pandemic has highlighted some of the limitations of the ACA and the US health care system – those who have lost their jobs lose access to employer-provided insurance. This has reopened the debate around “Medicare for All”, promoted by then-candidate Bernie Sanders during the primaries and supported by the progressive wing of the Democratic party.

Politically astute, Biden has been reaching out to Democrats who could support a gradual broadening of Medicare eligibility (Medicare-like, which lowers the threshold from 65 to 60 years of age) while retaining the structure of the consensus-based ACA. At a October 13 meeting in Des Moines, Biden said, “I think one of the most significant things we’ve done is pass the Affordable Care Act”. Should Biden win the presidential election, it is therefore likely the ACA will live on.

While the Affordable Care Act has not been able to rein in US health care spending, it has reached its objectives in terms of increasing the number and percentage of Americans with access to health care.

This Fact Check was written with the help of Manon Bernard from the Tours Public School of Journalism (EPJT). It was translated from the French by Alice Heathwood for Fast ForWord.