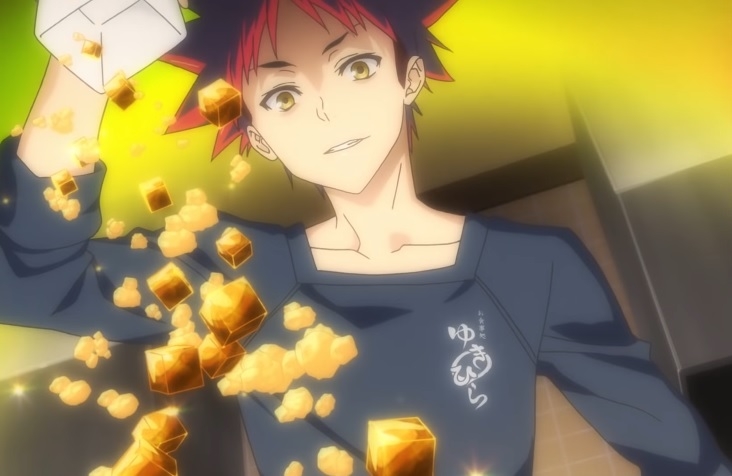 The final installment of “Shokugeki no Soma’s” anime adaptation encounters an inevitable snag as Japan continues its efforts to slow down the effects of the COVID-19 pandemic. The next episodes after the second installment of “Food Wars” season 5 will be delayed by three weeks due to coronavirus.

Shortly after “Food Wars” season 5 episode 2 aired over the weekend, the show’s official website announced about the delay. The broadcast changes will last for, at least, three weeks and the airing of new episodes will be replaced by reruns of installments from previous seasons.

The same announcement confirmed that the changes in the “Food Wars” season 5 broadcast are done because of the effects of coronavirus in Japan. Japan was one of the first countries to see rising cases of coronavirus earlier this year.

As of April 19, the country has a total of 10,361 confirmed cases of COVID-19 infections, 161 related deaths, and 1,159 patients that have recovered. The delay in the “Food Wars” season 5 broadcast is just one of the effects of COVID-19 in the country. Earlier this year, officials have decided to postpone the Tokyo Olympics supposedly happening in summer. Japanese Prime Minister Shinzo Abe has also declared on April 7 that the entire country is placed under a state of emergency for a month.

While the announcement only mentioned about three weeks of delay, it appears that the networks and producers could decide to extend it. This means there is no guarantee that “Food Wars” season 5 episode 3 will air on May 15.

Frustration over this hiatus is understandable since “Food Wars” season 5 episode 3 is supposed to focus on the Noirs or the Midnight Chefs. But fans will have to be more patient for the sake of everyone’s safety.

Meanwhile, “Food Wars” season 5 episode 3 likely introduces more characters belonging to the Noirs. It is a group, led by Asahi, of highly skilled chefs working for crime organizations who will pose threat to Soma, Erina, and other Totsuki chefs in the final story arc of the series.