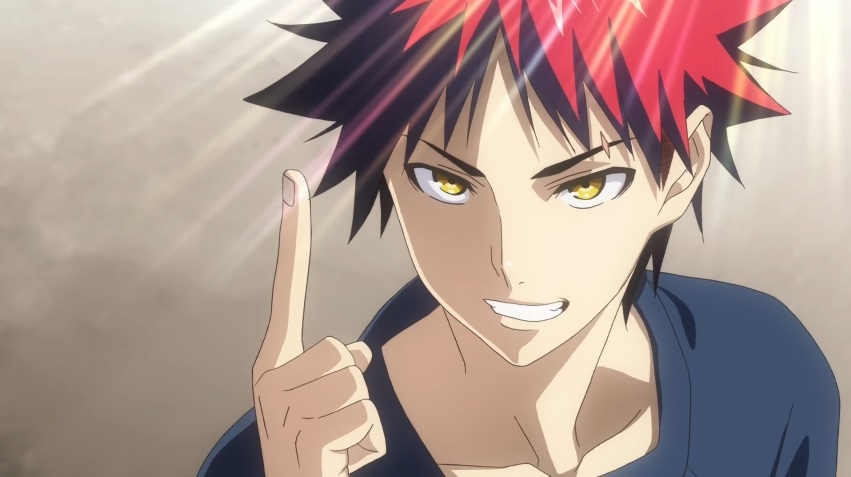 Things seem to be moving quickly in the Fifth Plate and the three Totsuki chefs invited to compete in BLUE are likely to arrive at the venue in “Food Wars” season 5 episode 2. Meanwhile, the premiere also hinted at having more original scenes or a change in the event sequence in the upcoming episodes.

The “Food Wars” season 5 premiere over the weekend covered the entire events of Totsuki's end-of-the-term final exam. By the end of episode 1, the Bishoku Leading Under-35 Entrance (BLUE) competition was introduced. To those who do not know, BLUE is going to be the central theme of the remaining story arc of the series.

“Food Wars” season 5 episode 2 will most likely pick up from the Dojima's arrival at the beach where he told Erina and the Elite Ten that the details for the upcoming BLUE have been revealed. This means that the next episode will also identify the Totsuki students invited to compete, namely Soma, Megumi, and Takumi.

The three young chefs will likely proceed immediately to the venue of BLUE where they will find that even well-established chefs are joining the competition. “Food Wars” season 5 episode 2 will also confirm that the protagonists have yet to see the worse kinds of the Noir chefs, who are also going to compete in BLUE.

Fans who are also familiar with the manga might have noticed several scenes were made differently in the “Food Wars” season 5 premiere. For one, the scene where Dojima arrives at the beach to inform the Elite Ten about BLUE is original to the anime.

This suggests there could be more anime-original scenes included in “Food Wars” season 5. Another good example is that “Food Wars” season 5 episode 2 is titled “The BLUE Preliminaries.” That does not resemble any chapter title in the manga but suggests that the competition is going to start. This could also mean the anime might not include that manga sequence where Soma receives the BLUE invitation through his father where they also discuss Soma's ambition of running the Yukihira diner.

It is still too early to say “Food Wars” season 5 will offer a different ending, although many fans would probably want that considering the underwhelming support that the BLUE arc received. However, it is very likely for the scenes and sequence to be changed in the anime.

The episode order for Fifth Plate is still unconfirmed, but fans could expect new episodes to arrive every week. Without any delay, “Food Wars” season 5 episode 2 should be released on April 18.