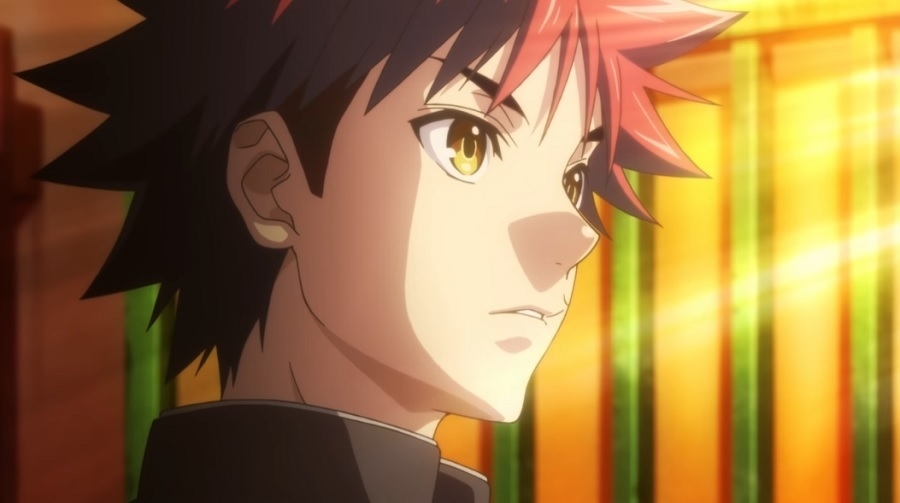 Since the fourth season ended not so long ago, it is very possible for “Food Wars” season 5 episode 1 to immediately jump into action. The Fourth Plate also completed the Promotions Exam Arc, and that means season 5 will begin with an all-new storyline that introduces Totsuki’s next main adversary.

The upcoming storyline was briefly foreshadowed in the Fourth Plate finale and introduced a mysterious character, who obviously has a huge role in “Food Wars” season 5. Before his identity is completely revealed, events from the manga suggest that the newly installed Elite Ten Council will be deployed in various districts of Japan at Erina’s orders.

“Food Wars” season 5 episode 1 could start by narrating that local diners, restaurants, and hot spring baths are being threatened. Chefs are being challenged to shokugeki by mysterious characters that will come out of nowhere. Later on, the Elite Ten will discover they are Cuisiniers Noirs or Midnight Chefs. They work for the mafia and other criminal groups and were encouraged by someone named “Saiba” to flock to Japan and challenged chefs to a shokugeki.

It might take an episode or two before this information to be revealed in “Food Wars” season 5. But episode 1 is going to be exciting if it actually shows up the Elite Ten immediately in action. Meanwhile, the official episode count for the Fifth Plate is still unknown and it would certainly affect how these events will unfold. It can also decide if season 5 is really going to be the final installment of the series.

The good news is that anime fans do not have to endure a long waiting game before “Food Wars” season 5 was announced and its release date window was confirmed. The Fifth Plate production was declared very shortly after the season 4 finale.

Now, “Food Wars” season 5 episode 1 is scheduled to air on Friday, April 10, 24:30 JST (effectively April 11). International fans may want to check with their favorite streaming platforms for any simulcast announcement.