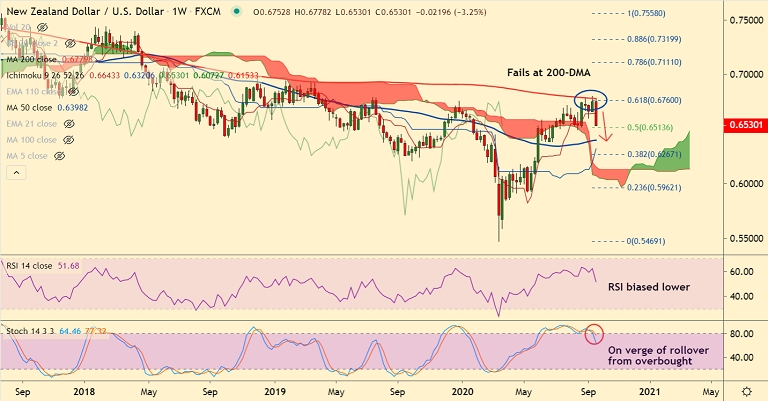 The Reserve Bank of New Zealand (RBNZ) on Wednesday left its policy rate unchanged at 0.25% and kept its quantitative easing program steady at NZD100 billion, as expected.

However, the central bank in the statement that followed noted that it is prepared to lower the policy rate to provide additional stimulus if required.

Comments from the central bank weighed on the kiwi and triggered a NZD selloff. Today's upbeat New Zealand trade surplus data fails to provide any relief.

According to data released by Statistics New Zealand, August saw the largest annual trade surplus since 2014.

Details of the report showed imports fell by more than $1 billion in August 2020. While imports declined by 16% in annualized terms, exports increased by 8.6%.

Indicators on the weekly and daily charts have turned bearish and we see scope for further weakness.