FxWirePro:EUR/AUD attracts selling interest, could be on verge of a bigger drop 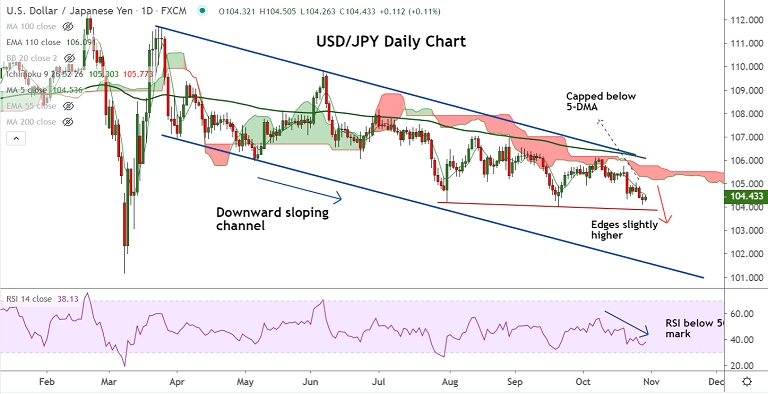 USD/JPY was extending marginal gains on the day after the previous session's close with a 'Spinning Top' formation.

The Japanese yen was offered across the board after BoJ at its policy meeting held rates and lowered Japan's growth forecasts.

As widely expected, the Bank of Japan (BoJ) kept monetary policy steady, including a -0.1% target for short-term interest rates and a pledge to guide long-term rates around 0%.

The central bank trimmed its economic and price forecasts for the current fiscal year, heightening expectations it will maintain its massive stimulus.

The BoJ said it expects the economy to fall 5.5% in the current fiscal year ending March 2021. It expects core consumer prices to fall 0.6%, slightly more than a 0.5% drop seen in July.

However, the BOJ revised up its forecast for the next fiscal year beginning in April 2021 to a 3.6% increase, against a 3.3% expansion seen in July.

Focus now on U.S. GDP and Jobless Claims data. Heightened volatility is likely in the run-up to the election.

Upside capped at immediate resistance at 5-DMA at 104.53. Scope for test of 104 levels. Bearish invalidation only above daily cloud.