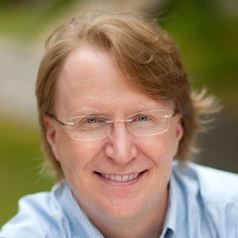 The best part of every German election actually occurs after the election. Results are tabulated very quickly once polls close at 6 p.m. local time.

By 8:15 p.m., following the evening news on ARD Channel 1, the nationally televised Elefantenrunde — elephant round, in English — brings together all of the parties’ candidates for a round-table discussion on what just happened.

When Angela Merkel won the popular vote in 2005 but fell short of a majority in Germany’s parliament — the Bundestag — she had to contend with a rather irritated and incoherent Chancellor Gerhard Schröder claiming he would remain in power.

People were shocked at Schröder’s gall. Merkel’s centre-right CDU/CSU had won 40.6 per cent of the vote compared to Schröder’s centre-left SPD’s 38.4 per cent.

Sixteen years later and the tables have turned: the latest results show the SPD with 25.7 per cent of the vote versus 24.1 per cent for the CDU/CSU.

So it was ironic to hear Armin Laschet, the CDU/CSU’s candidate for chancellor, say during the Elefantenrunde that this wasn’t about arithmetic — he would try to form a government despite his second-place showing.

Olaf Scholz, the SPD candidate, is also insisting he’ll be the next chancellor.

Neither of the two leading parties can do it on their own, and will have to find coalition partners.

Options are few: no one wants to work with the far-right AfD (Alternative for Germany), nor with the far-left Die Linke (Left) party, which almost lost its parliamentary presence entirely this election.

That leaves the Greens and the FDP (centre-right liberals), who would both have to enter into a coalition with either of the leading parties. FDP Leader Christian Lindner would prefer to form a coalition with the CDU/CSU to initiate tax cuts. Yet he lost a lot of credibility when in 2017 he walked away from just such a coalition at the last minute, insisting that “we’d rather not govern than govern incorrectly.”

The Greens have even more leverage. Now the third-largest party in the Bundestag, they know Germans want concrete action on climate change. They’re leaning towards the SPD in order to advance another mainstay of their platform, a commitment to social services.

The other option would be for the SPD and CDU/CSU to enter once again into a grand coalition, though neither party has much appetite for that. Ironically, exit polls indicated that voters wouldn’t be happy with any coalition, but the coalition they disliked the least was a government formed by the SPD and CDU/CSU.

All of the leaders at the Elefantenrunde agreed that Germany needs to move forward and the electorate wants change. But if the electorate had had its way, it would have re-elected Merkel, who remains by far the most popular German politician.

This despite the fact that exit polls showed that the majority of voters were dissatisfied with the performance of her grand coalition government.

Does this mean that Germans don’t know what they want? Perhaps not, but the Elefantenrunde demonstrated that the leaders aren’t completely out of touch with their citizens. They all acknowledged that the coalition negotiations need to proceed much more quickly than the difficult 2017 discussions. It took four months in 2017 for Merkel to arrive where she started: another grand coalition.

Highlights of an odd election

While Laschet and Scholz will spend the next days and weeks wrangling and cajoling one another, the FDP and the Greens, the rest of us can ponder other consequences of this strange election:

I couldn’t have been the only person who almost fell off my chair when the AfD’s candidate, Alice Weidel, told the Elefantenrunde that the party wasn’t “völkisch” — a term that echoes the xenophobic nationalism of the Nazis.

Scores of observers have wistfully remarked that this election marks the end of the Merkel era. Everyone will miss her talent for building consensus in the four governments she has led. We shouldn’t forget, however, that three of those were grand coalitions of the CDU/CSU and SPD.