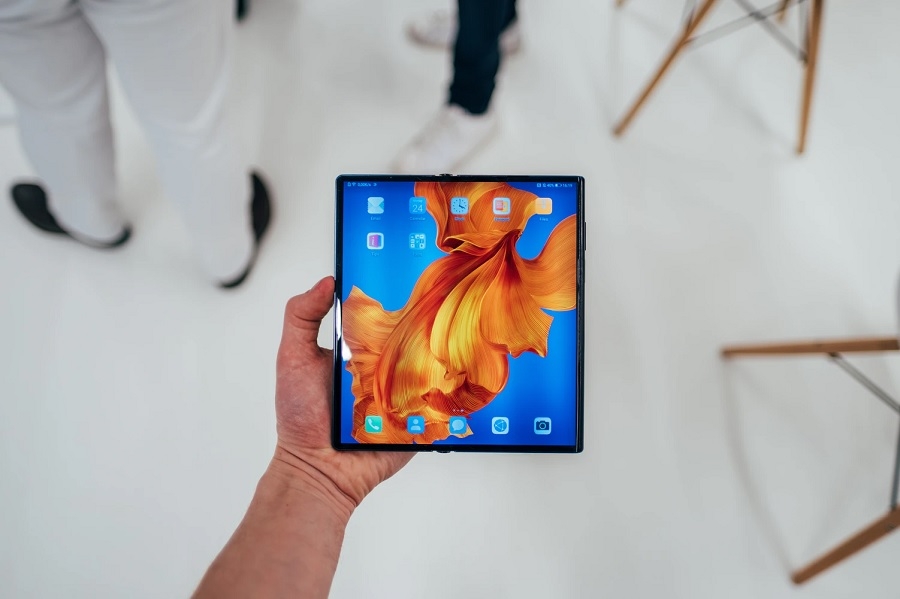 Many tech fans have been expecting 2021 to be a particularly challenging year for Huawei's smartphone department after a series of sanctions imposed by the United States last year. However, recent leaks suggest that the situation will not stop the company from launching the Huawei Mate X2.

A Huawei device with model number TET-AN10 was found listed on the website of the certification board TENAA. The document does not reveal the device's name; however, popular leaker Digital Chat Station shared the information on Weibo and reported that it pertains to the Huawei Mate X2.

Even without Digital Chat Station's tip, some of the details in the certification listing somewhat gives away that the device is a foldable smartphone. Its dimensions are 161.8 x 145.8 x 8.2mm, while its "home screen" size is 6.45 inches (folded). Note that an 8.2mm depth is much thicker than the typical size of the latest premium smartphones — unless it is a foldable smartphone. These are also similar to the official measurements of Huawei Mate X and Xs. These leaks mean that the Huawei Mate X2 likely measures 8.01 inches when unfolded.

The certification listing also indicates that the supposed Huawei Mate X2 will have a 4,400mAh battery, a tad smaller than its predecessors. However, it has one battery advantage as the upcoming device reportedly supports 66W fast charging.

While the Huawei Mate X2 chipset was not mentioned in the leaks, it is expected to sport the 5nm Kirin 9000 processor. Tech fans should take this with a grain of salt, though. One of the policies that the US government imposed last year has practically made it impossible for Huawei to find a manufacturer that can assemble new units of Kirin 9000. One way for Huawei to keep launching smartphones this year is if it was able to stockpile enough chipsets for its premium devices for 2021.

The mere appearance of Huawei Mate X2 in TENAA and in online leaks is notable. Several credible sources did not show much confidence about the device's launch. Last December, display analyst Ross Young said the device "is not expected" due to Huawei's chip supply issue. Another known leaker Twitter user @RODENT950 said earlier this month that the foldable smartphone was supposed to be released in January, but that plan had been "postponed."