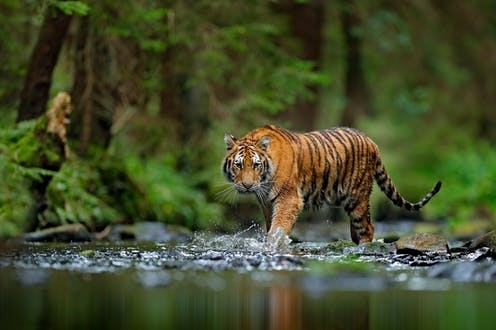 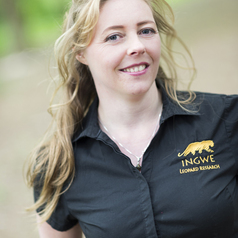 Big cats are among the most widespread top predators on Earth. Lions stalk zebra in the African savanna, tigers ambush antelope in the forests of Asia and jaguars hunt deer in the jungles of South America. They play an important role in ecosystems by regulating the numbers of these herbivores, in turn, reducing the deterioration of vegetated habitats and maintaining species diversity.

Tigers, lions and jaguars must cover large areas to find food, so they need a lot of energy. As with many large carnivores, big cats are under threat from habitat loss, which leaves them with less to eat. Their spread-out populations and slow reproductive rates make them particularly vulnerable. While the habitats in which big cats live range from boreal forests at high latitudes to tropical rainforests at the equator, the causes of habitat loss are largely the same: logging for wood and fuel, plantations, farming and urbanisation.

Aside from depriving wildlife of a home, forest loss also contributes to climate change. It’s ironic then that hydroelectricity, which is being developed worldwide (especially in South American and Asian countries) as an alternative energy source to fossil fuels, is a big cause of deforestation.

Building hydroelectric dams has caused extinctions and spread diseases in rivers globally, but the threat to ecosystems on land has largely been overlooked. In a recent study, researchers from China and Portugal investigated how existing and planned hydroelectric dams might affect two carnivores: the near-threatened jaguar (with an estimated global population of 173,000) and the endangered tiger (thought to number between 3,200 and 3,500 worldwide).

The distribution of jaguars and tigers has shrunk 50% and 93% respectively, but the researchers found that hydroelectric plants pose a substantial risk of further declines. They found 164 dams that already intersect the jaguar range and 421 dams that do the same for tigers. This equates to one in five tigers that are likely to be affected by dams, compared with one in 200 jaguars. Since tiger numbers are already so low, this could have a considerable influence on the population’s capacity to recover and may even result in local extinctions.

A dam on the Narmada River in India, where the endangered Bengal tiger is native. Ankit K Sinha/Shutterstock

Large expanses of land are flooded to create reservoirs when building hydroelectric plants in low-lying, relatively flat areas. Although tigers and jaguars can and do swim, they mainly hunt species such as deer that live on land. Sites chosen for dams typically incorporate floodplains and areas along rivers that are important for both species, since they tend to contain lots of prey.

The flooded area will force both predators and prey into surrounding areas. If the vegetation here can support the influx of herbivores, tigers and jaguars will probably persist. But if it cannot, the predators may be forced further afield in search of food, potentially drawing them into conflict with people who may kill them.

Relatively pristine habitats are under threat. The number of hydroelectric dams is set to quadruple across the jaguar’s range with a further 429 planned, while 41 are expected where tigers roam. Aside from the direct loss of habitat, these new constructions can increase the presence of people in remote areas. Roads built to access new dam sites consequently open up areas that were previously impenetrable. Roads can be a barrier to some species and kill those that try to cross. Roads can also encourage new towns and villages, which divide the habitat further. 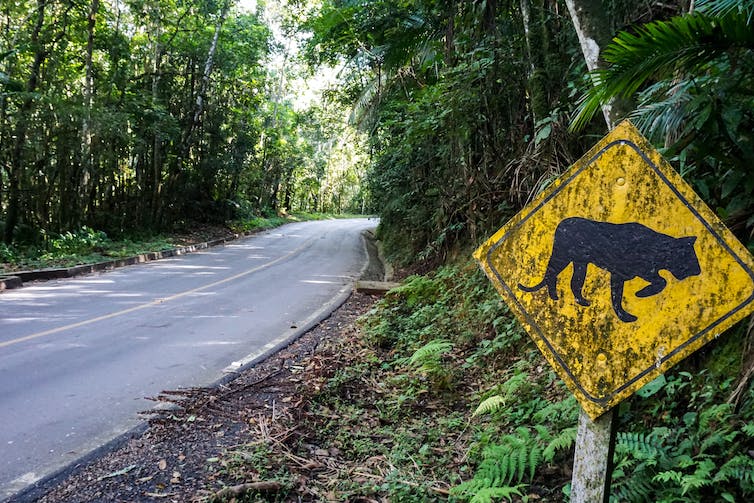 Where dams exist, the researchers suggest habitat loss could be limited by incorporating the surroundings into a protected area with suitable enforcement. Any new dams, though, especially in conservation areas or areas where top predators prowl, should be avoided. Sadly, most of the dams planned in Asia overlap with significant portions of the tiger’s range.

One way to mitigate the damage from building new hydroelectric plants may be to do it on slopes outside of areas that are crucial for conserving tigers and jaguars. The amount of flooded area needed to produce electricity from these plants when they’re on a slope is smaller compared to those built on lower ground, reducing the overall damage to the surrounding habitat. But impact assessments would need to confirm the plant wasn’t simply creating new issues elsewhere.

Alternative sources of energy are important for a sustainable future, but their benefits should not come at a substantial cost to species already under threat.