Islamic State is quick to claim Orlando shooting, but the media should be careful in reporting it 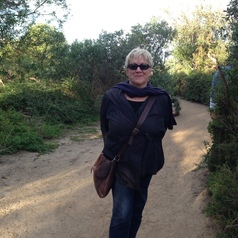 The armed attack that targeted a gay night club in the city of Orlando in the American state of Florida which left over 100 people dead or injured was carried out by an Islamic State fighter.

The Reuters news agency in Cairo flashed out Amaq’s claims via its text service to its clients around the world. The next day, the agency sent out a 39-second audio version (sourced from Albayan Radio) to its broadcast clients. This audio segment was in Arabic, with a faint underlay of men singing. Among its claims were:

One of the Caliphate’s soldiers in America carried out a security invasion where he was able to enter a crusader gathering at a nightclub for homosexuals in Orlando, Florida … where he killed and injured more than a hundred of them before he was killed.

Islamic State (IS) is happy to claim responsibility in these cases, and does so much more quickly than in the past. This week alone, it has claimed responsibility for the mass shooting in Orlando, the stabbing deaths of a policeman and his wife outside Paris, the shooting of a Syrian journalist in southeastern Turkey and suicide and car bomb attacks in Damascus that killed 20 people.

The conundrum of how to handle propaganda

As with all statements from terrorist organisations, there is the constant worry about rebroadcasting propaganda. This was immediately made clear in the first press conference following the Orlando shooting by FBI Director James Corney, when he said:

You will notice that I am not using the killer’s name and I will try not to do that. Part of what motivates sick people to do this kind of thing is some twisted notion of fame or glory, and I don’t want to be part of that for the sake of the victims and their families.

These days you can find countless IS “events” via a simple internet search, particularly on YouTube. In a detailed study published last October, Charlie Winter discovered that between mid-July and mid-August 2015, IS put out “an average of 38.2 unique propaganda events a day from all corners of the Islamic State caliphate”. He found these covered the full range of text, audio and video and the content fell into six categories: mercy, belonging, brutality, victimhood, war and utopia.

As there are no foreign correspondents or local, independent journalists operating openly in IS-held territory in Syria, IS and connected organisations can put out their own versions of events largely unchallenged. In March 2016, a Lowy Institute Report by Lauren Williams called on the Australian Press Council to develop a new set of guidelines for the media with the purpose of not aiding IS propaganda. She wrote:

These should include recommendations on the use of Islamic State-supplied material and the terminology used to describe it.

Williams argued that the main purpose of the videos is to garner support, scare opponents and promote the Islamic State.

Words are weapons and must be used carefully

While any recommendations wend their way through the media ecology, the engine drivers of international news, the global news agencies, continue to report on events that are deemed newsworthy. Neither Reuters nor Associated Press uses the word “terrorist” or “terrorism” unless reporting the words that somebody else uses. Instead, their reports favour words like “militant”, “gunman” or “insurgents”.

In a paper that I am presenting in Auckland next month, I have analysed the Syrian user-generated video content (UGC) put out by the three global news agencies in the two months after Russia joined the bombing campaign against IS on September 30 2015.

During October and November, Reuters put out 65 UGC “mobile phone videos” from a variety of sources, including the Amaq news agency. The content was mostly bombing aftermath, shot by activists from the streets and rooftops of Syria.

But sometimes agencies put out selected edits of IS execution videos. For example, on December 2 2015, Reuters broadcast a short video shot by IS of a “Russian-Chechen” man, Magomed Khasiev, whom they killed. In an interview I conducted with Reuters' senior editor of the day, Yann Tessier, he explained why the agency ran the video:

It was obviously directed at the Russians, it was on the day of the UK vote (to join the bombing campaign), it is newsworthy, in some shape or form. We don’t run heads getting hacked off, we don’t run knives in their necks, we don’t run Jordanian pilots getting burnt to death.

During the same period, AP put out 31 videos, again from groups within IS-controlled territories or areas being targeted in the bombing campaign. AP broadcast a still from the “Russian-Chechen” execution video. In answer to a question about what AP would not show, their head of news production, Beth Colson, said:

We wouldn’t use moment of death, anything that’s gratuitous. I think there’s always a fine line between telling the story and just grimness, and that’s a judgement with every story.

The French news agency, AFPTV, put out just four videos across the same two-month period. Its global news director, Michele Léridon, has taken a very stringent approach to not being associated with IS propaganda.

AFPTV’s Europe co-ordinator, Richard Sargent, confirmed to me that the news agency barely put out any of these videos anymore. He said:

Most of them are just pointless, you know. It’s just about a terror message trying to be worse and worse, more horrible every time.

After the horrific killings in the Bataclan Theatre in Paris on November 13 2015, AFPTV chose not to put out the chilling propaganda video of IS fighters in Syria calling on their French followers to target French citizens. The fighters said:

Terrorise them and do not allow them to sleep due to fear and horror. There are weapons and cars available and targets to be hit. Even poison is available, so poison the water and food of at least one of the enemies of Allah.

These calls to arms exist on social media and on the wider internet, and are sometimes collected, verified and republished by global news agencies. The agencies have no control over how their client media use this material; they simply make it available.

The mainstream media have to decide whether these “events” constitute useful information that we should know, or whether they should be hidden from the greater public as they might instil panic and fear. If that happens, then IS will have won the propaganda war.

Colleen Murrell is co-secretary of the Journalism Education and Research Association of Australia.