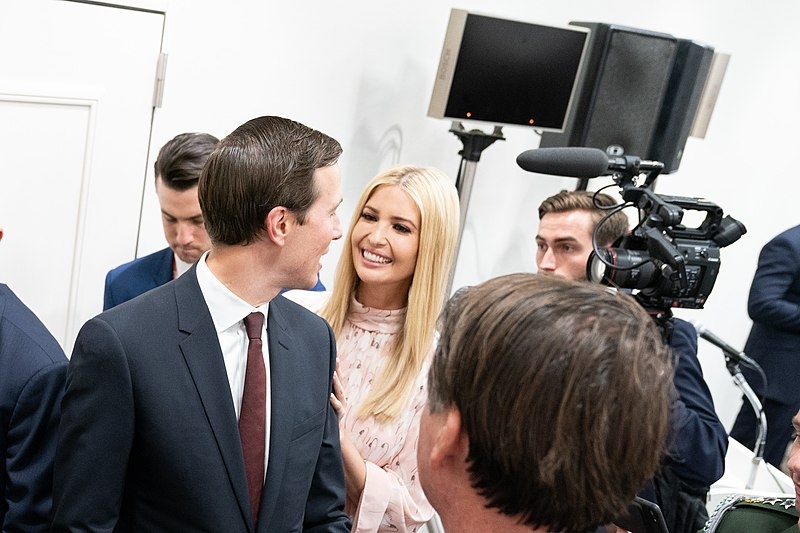 First daughter and White House senior adviser Ivanka Trump is married to Jared Kushner, who is also serving as a White House adviser to her father, Donald Trump. In a 2016 interview, Ivanka revealed that Kushner also happened to be the only one she brought home to meet her parents.

In an interview back in 2016 on CNN, when asked about her family and what would happen when she brought home a date or boyfriend, Ivanka revealed that she never really brought her previous boyfriends home to meet her parents. She went on to reveal that Kushner was the only one she took home to meet her mother, Ivana Trump, and her father.

“I think I brought home my husband, that’s it -- he was not my husband at the time. But I was not going to subject boyfriends to the scrutiny of my father, or my mother for that matter unless I was 100 percent sure,” said Ivanka.

Ivanka and Jared started dating in 2005 but briefly split three years later in 2008 partly because of Kushner’s parents, who did not like the idea of Jared dating a non-Jewish woman. Ivanka converted to Judaism, and the couple married in 2009. They have three children together. Previously, Ivanka dated investment banker Greg Hirsch in college, the two split up after nearly four years. Ivanka also dated James Gubelmann from 2001 to 2005.

Recently, Ivanka volunteered at a community center in Washington DC to personally distribute food boxes from the White House’s Farmers to Families program. The program aims to bring locally sourced produce, meat, and dairy to families who have been financially affected by the coronavirus pandemic. Ivanka was joined along with Pastor Paula White of the White House Faith and Opportunity Initiative and over a dozen other volunteers who loaded car trunks with food boxes. Both were wearing face masks as they delivered the food boxes for 45 minutes and briefly spoke to community leaders prior to the distribution.

The 1,000 food boxes were supported by several faith groups such as Operation Blessing, Blessings of Hope, City Serve, and City of Destiny, which is the church White is from.