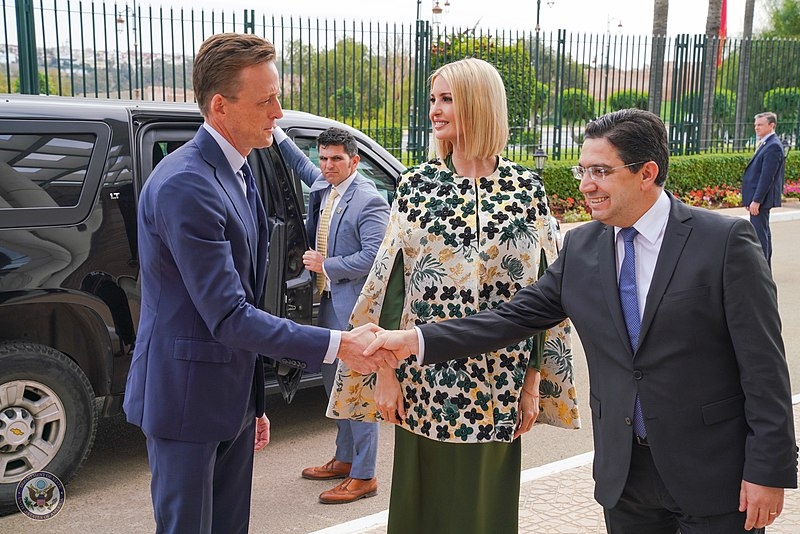 White House adviser Ivanka Trump now has limited time as a new administration will be moving into the White House after the elections. With many wondering what she may do afterward, a former friend of Ivanka’s has come forward with a tell-all piece saying that Donald Trump’s daughter is not who she projects she is to the public.

Lysandra Ohrstrom wrote about her former friend in a piece for Vanity Fair. Ohrstrom claimed that Ivanka was obsessed with status while also pinning the blame on other students for her own violations of school rules back in their days in Chapin. Ohrstrom went on to write that underneath the refined persona she projects to the public, she also displayed qualities much like that of her father’s.

Ohrstrom cites one instance where she recommended Ivanka a book titled “Empire Falls,” about working-class characters in Maine. Ivanka quickly shut down her suggestion. “‘Ly, why would you tell me to read a book about ****ing poor people?’ I remember Ivanka saying. ‘What part of you thinks I would be interested in this?’”

Another instance that Ohrstrom recalled was when Ivanka blasted her for wearing a necklace that bore her name in Arabic. Ivanka was recalled saying that her necklace “screams ‘terrorist.’”

Meanwhile, a body language expert weighed in on the dynamic between Ivanka and her husband Jared Kushner.

Ivanka and Jared have been married since 2009 and have three children together, but it poses the question of how they are as a couple. According to body language and relationship expert Nicole Moore, Ivanka may be more affectionate and warm to her father compared to her husband. Moore analyzed clips of the couple on the campaign trail and in public together and said that Ivanka does not smile as wide at Jared as she does with her father.

Moore goes on to say that while Ivanka and Jared do not hate each other and that they do love each other, there is no “warm affection” present between them. Moore explains that even though Trump and Kushner are seen holding hands, there is no obvious warmth indicating romance. “In nearly every clip of the couple together, they speak, they pose next to each other, it appears as if on the surface everything is hunky-dory. However, what’s missing is genuine displays of affection or exuberance about being partnered with each other.”