Ivanka Trump speaks out about her canceled college commencement speech; Calls the move an ‘antithetical to academia’ 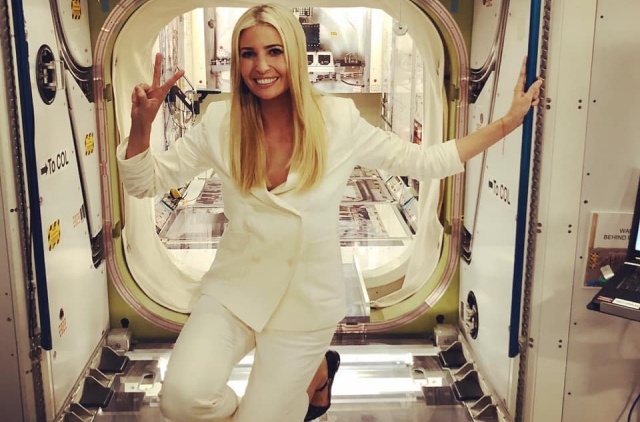 Ivanka Trump was supposed to give a commencement speech at a technical college in Kansas, but the school pulled out the First Daughter’s segment during the actual graduation. Her speech has been pre-recorded for the virtual ceremony that was scheduled for June 6.

However, last Thursday, just two days before the event, the officials at Wichita State University Tech made the decision not to air Ivanka Trump’s speech. The main reason for the move was the POTUS’ bad response to George Floyd's death and the nationwide protests for injustice and police brutality.

Ivanka’s response to the cancellation

As per The New York Times, the decision to omit Ivanka’s virtual speech resulted in controversy as she let out her feelings and thoughts over the incident. Via social media, she said that she was the victim of “cancel culture” and “viewpoint discrimination.”

She also said that the country’s campuses are supposed to be bastions of free speech, but this happened. Ivanka also posted the speech that WSU Tech never aired.

The college president’s message to the First Daughter

The president of WSU Tech, Dr. Sheree Utash, released a statement regarding the matter. She acknowledged that they sent an invitation to Ivanka in February and asked if she could record a congratulatory message for the graduates. But unfortunately, due to the situation, they had to pull out her speech.

“In light of the social justice issues brought forth by George Floyd’s death, I understand and take responsibility that the timing of the announcement was insensitive,” Utash wrote on WSU Tech’s page. “For this, I’m sorry that was never the intent, and I want you to know I have heard you and we are responding.”

The president added that she “respect and understand” the reactions to their announcement but the “college stands with those who fight injustice and advocate for social equity.”

Meanwhile, a professor at the Wichita State University, Jennifer Ray, said that it was not the school’s fault that the speech has been canceled. She said that around 500 students, professors and alumni signed the open letter she authored, demanding the university to remove Ivanka Trump's address. She insisted that it has nothing to do with free speech at all.