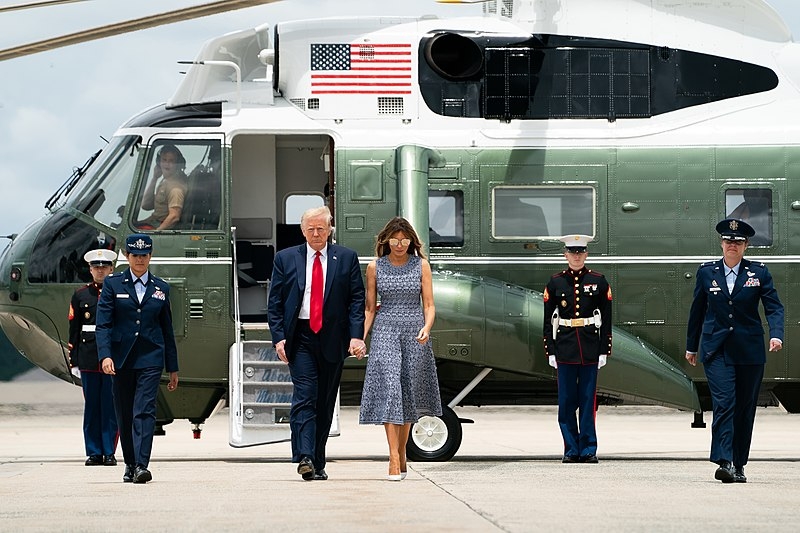 Even before taking office, President Donald Trump has been against mail-in voting or absentee voting because it gives people an opportunity to commit voter fraud. However, Trump, along with first lady Melania Trump, is now facing complaints of the exact same reason made against them following their change of residential address.

The Daily Mail reports that there are three formal complaints regarding the Trumps’ voter registration information to the Florida Elections Commission and the Florida Department of State. The nature of the complaints made against the president and the first lady are of the same accusation Trump is currently making against the Democrats and state governors who are pushing for mail-in voting out of safety concerns. The complaints are charging both the president and the first lady with voting from a false address.

The Trumps registered Mar-a-Lago as their address, however, this would breach the agreement Trump made back in 1993 with the Town of Palm Beach. The agreement stipulated that Mar-a-Lago could no longer be used as a private residence but a private club, and therefore the address could not be used. This meant that the Trumps would be residing there illegally. It should be noted that they are allowed to maintain private quarters in the club but guests are restricted from staying there for more an 21 days a year and for more than a week at a time.

“As part of the quid pro quo for Mar-a-Lago club becoming a social club, Donald Trump gave up his right to LEGALLY reside at Mar-a-Lago,” according to the complaint.

Meanwhile, Melania has been in the White House for a few years already and she is known for doing things a little differently as a first lady. According to a speech expert, James Bryce, who is also the CEO and founder of a communications firm called Gweek, who analyzed the early speeches Melania made, as well as her stepdaughter Ivanka Trump’s early speeches, both women appear to be confident and eloquent with their words.