Jennifer Aniston: The truth about Courtney Cox setting her up with Harry Styles 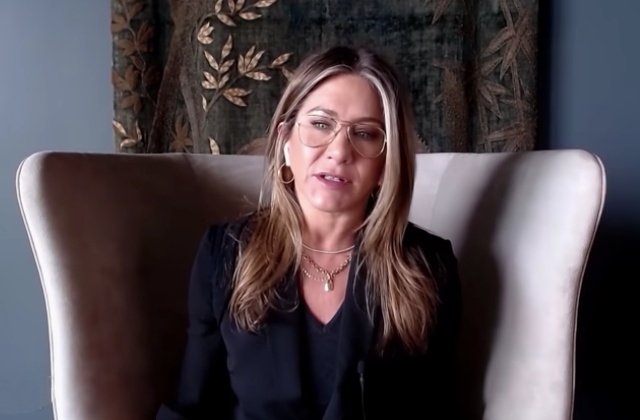 Jennifer Aniston was reportedly set up by her close friend Courteney Cox so she can have a new man in her life. Based on the report, the “Friends” actress was paired up with Harry Styles.

New Idea released an article this week titled “Jen’s Toy Boy Scandal” and Jennifer Aniston was accused of being a cougar as she is said to be so eager to date a younger man these days. This happened after her ex-husband Brad Pitt allegedly dated the 27-year-old German model Nicole Potularski.

After hearing that Harry Styles admitted that he has a crush on Jennifer Aniston, Courteney Cox played a matchmaker and started setting her up with the English singer and songwriter.

“Courteney is actually acting as a go-between for them,” the tipster supposedly told New Idea. “She’s friends with Harry through Ed Sheeran, who used to crash on Court’s couch in the early days of his career.”

The source added that Jennifer Aniston is slowly liking the idea of dating Harry Styles. Her mindset for dating a younger man changed and it’s all thanks to her friend Courteney.

“Thanks to Court’s attitude, Jen slowly came around to the idea,” the insider snitched. “And as Harry has a reputation for being into women who are more, well, experienced than himself, let’s just say he has indicated he’s very interested.”

The surprising thing is that it is not just Harry Styles that interests Jennifer Aniston but she is also eyeing Jack Whitehall and Timothee Chalamet. Brad Pitt’s ex-wife supposedly noticed that Jack has been sending her signals by liking her posts on social media. As for Timothee, he is a potential date too but she is now uncertain because he looks way too young for her.

“Sadly, she’ll have to bide her time though, as Jack’s currently seeing someone,” the source further told the outlet. “But never say never!”

Gossip Cop debunked this article because Jennifer Aniston is searching for a young suitor or someone to date. Also, the actress’ rep directly denied that Jen was set up with Harry Styles. Her camp further stated that the story was fabricated and clarified that the actress is not hunting for a new partner, especially a younger one.