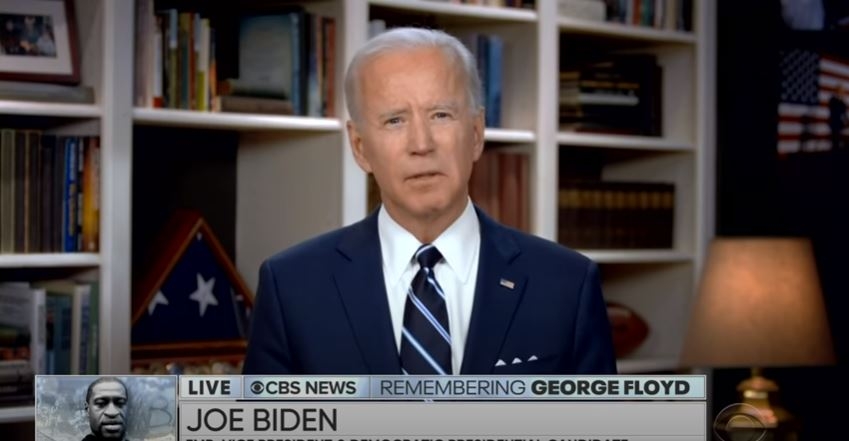 With former vice president Joe Biden practically securing the Democratic nomination through surpassing the number of delegates needed, there is a lot of pressure now on his search for his vice president. Although the civil unrest through the protests following the death of George Floyd continues, Biden says this has not affected his search.

The Daily Mail reports that in an interview with Norah O’Donnell at CBS, Biden stressed the main factor in his choice of a vice president, that she should be ready to step in for him from the very beginning. The former vice president noted that he wants someone who is “simpatico” with him and his philosophy. The ongoing protests have put pressure on Biden to choose a woman of color, but he has only committed to choosing a woman as his vice president.

Another factor that plays into their choice of a vice president, Biden says, is that they should “not at all be intimidated by the president, not at all intimidated walking in the White House and is going to be prepared to give their unvarnished opinion and be able to privately argue with the president if they disagree. I want someone strong,” explained Biden.

Although Biden has not committed to choosing a woman of color, the recent protests have reminded him that there is a lot riding on his choice as a vice president by November. The former vice president hopes to announce his running mate by August before the Democratic National Convention.

Biden has previously opposed defunding the police, which has become something that a portion of protesters is demanding in light of the recent civil unrest. This stance was met with a mixed response, earning praise from moderate Democrats while it was criticized by progressives.

With that in mind, several women have climbed up in terms of favorability to become Biden’s vice president. Newsweek reports that California Senator Kamala Harris is heavily favored to become his running mate, her favorability increasing by six percentage points in new public opinion polls.

The polls show that 59 percent of Democrats lean towards Harris to become the vice-presidential pick, six points up from her previous standing at 53 percent.