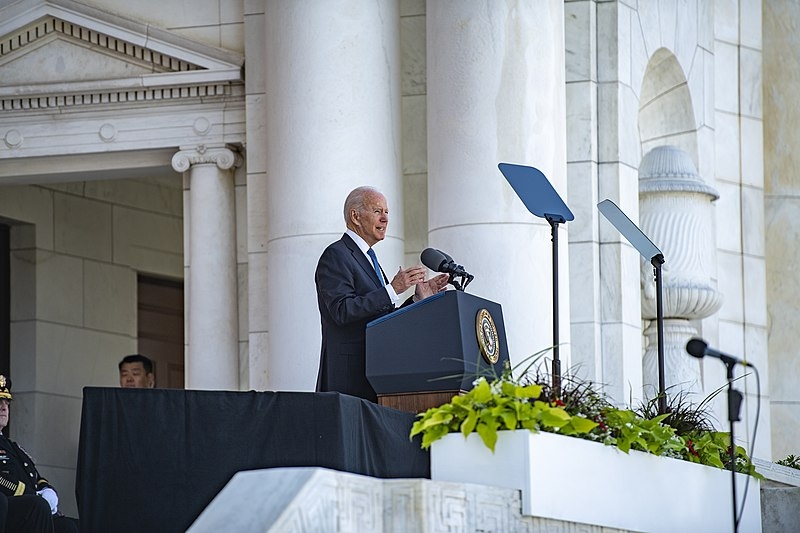 US President Joe Biden’s recent remarks are in light of the dozens of GOP-led proposals for stricter voting and election laws in the states. In his recent remarks, Biden slammed the Republican Party’s efforts in undermining voting rights while taking a clear swipe at his immediate predecessor Donald Trump’s election lies.

Speaking at Philadelphia, Biden called out Republican-controlled state legislatures and demanded that they prevent efforts to not only undermine voting rights but elections as a whole. Since Biden took office, 28 proposals have been introduced in Republican-led state legislatures that would restrict voting access under the guise of ensuring election integrity. The most notable move was the Georgia voting law, which Biden publicly criticized upon its signing into law.

“Stand up, for god’s sake, and help prevent this concerted effort to undermine our elections and the sacred right to vote. Have you no shame? Whether it’s stopping foreign interference in our elections with the spread of disinformation from within, we have to work together,” said Biden, describing the proposals as a “21st century Jim Crow.”

Biden also delivered a blunt rebuke of his predecessor’s attacks on him, including his false claim that his election loss was only attributed to voter or election fraud. While Biden was praised for refusing to regularly engage in Trump’s attacks, his recent remarks were a scathing criticism of his predecessor.

“In America, if you lose, you accept the results. You follow the constitution. You try again. You don’t call facts “fake” and then try to bring down the American experiment just because you’re unhappy. That’s not statesmanship. That’s selfishness,” said Biden, who also noted that the rest of the world is watching the country’s current political climate.

In other news, Biden is set to meet with Phoenix, Arizona Mayor Kate Gallego at the White House this week to gather support for the administration’s infrastructure plan. Gallego is part of a bipartisan group of mayors and governors that will meet with Biden, vice president Kamala Harris, and the Commerce and Labor Secretaries. Other governors and mayors are confirmed to be attending the upcoming meeting, according to the White House.