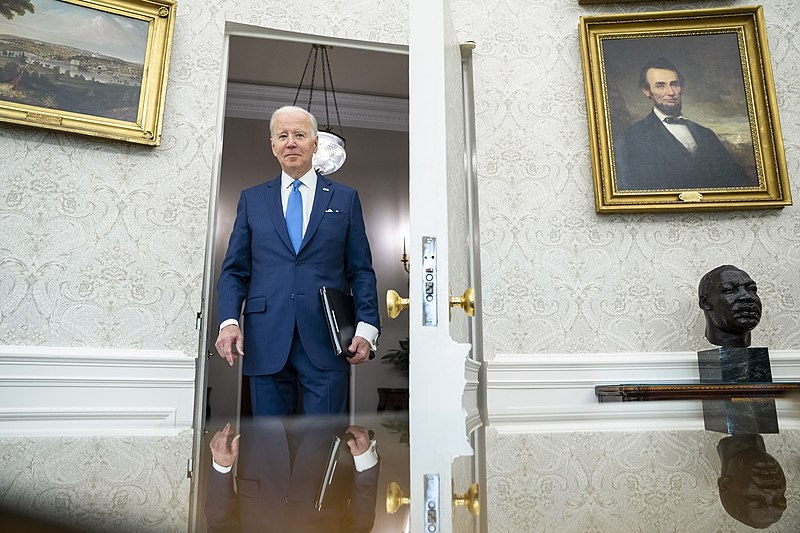 In an effort to ease the rising gas prices, US President Joe Biden is looking for more options to address the ongoing issue. Biden this week, called on Congress to authorize a three-month suspension of the federal gas tax.

CNN reports Biden called on Congress Wednesday to take action in suspending the federal gas tax as he looks for more options to address the issue. The suspension would last for three months until the end of September.

The US leader cited that it was necessary to provide some relief to the public, although the measure might not be enough to resolve the problem.

“By suspending the 18-cent gas tax, federal gas tax for the next 90 days, we can bring down the price of gas and give families just a little bit of relief,” the US leader said in his remarks at the White House.

“I fully understand that a gas tax holiday alone is not going to fix the problem,” Biden continued. “But it will provide families some immediate relief, just a little bit of breathing room as we continue working to bring down prices for the long haul.”

The US leader’s call for a suspension or a federal gas tax holiday would unlikely pass Congress. House Speaker Nancy Pelosi stopped short of endorsing the move in a statement issued after Biden’s comments.

Biden also called on the states to take action by removing their own taxes on gas and diesel. The US leader told oil refining companies to increase capacity ahead of the meeting this week with administration officials.

In other related news, Biden on Tuesday nominated Arati Prabhakar as the new White House Science Adviser. If confirmed by the Senate, Prabhakar would be the first woman of color and first immigrant to be in the position.

Prabhakar would lead the Office of Science and Technology Policy at the White House, replacing Eric Lander, who resigned in February over violating the Biden administration’s workplace policy.

In the post, Prabhakar would tackle issues such as climate change and physical sciences. Prabhakar would also play a big part in the Cancer Moonshot 2.0 initiative that aims to cut the cancer death rate by half over the next 25 years.