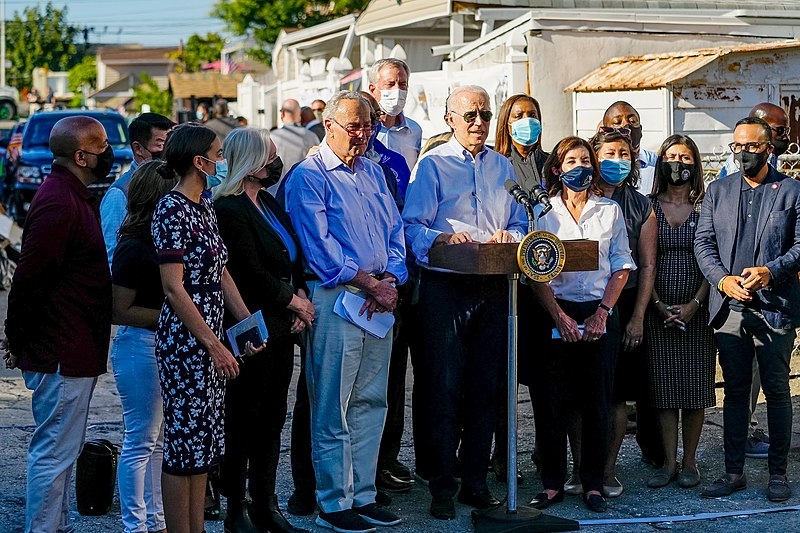 This week, US President Joe Biden visited his birthplace of Scranton, Pennsylvania, to shore up more public support towards the two infrastructure bills in Congress. During his remarks, Biden reiterated the need for major investments in the country’s infrastructure.

Biden stressed the importance of spending on infrastructure in the country during his visit to Scranton Wednesday. At one point in his remarks, Biden showed some frustration, noting that the US lags behind its competitors in modernization and that it had been decades since Congress has passed a bill targeting infrastructure. This also comes as Democrats in Congress appear likely to wrap up negotiations on the social infrastructure bill as the bipartisan infrastructure bill has already passed the Senate.

“America is still the largest economy … but we risk losing our edge as a nation,” said the US leader, referring to the modernization of other countries.

Despite the frustration, Biden remained optimistic that both bills would pass Congress and will be signed into law. “This has been declared dead on arrival from the moment I introduced it, but I think we’re going to surprise them,” said Biden.

“Both of these bills were all that I talked about. But guess what? Eighty-one million people voted for me. More people voted than any time in American history and their voices deserve to be heard,” said Biden.

The $1.2 trillion bipartisan infrastructure proposal would target roads, bridges, and railways. The $3.5 trillion social infrastructure package would include provisions to address climate change, as well as care for middle-class families.

In other related news, Biden is also assisting in the House Committee’s ongoing investigation into the Capitol insurrection by authorizing the National Archives to turn over documents from the Trump White House related to January 6. In blocking his immediate predecessor’s executive privilege claims, the US leader has cited the severity of the Capitol insurrection that led to five people killed and dozens of police officers injured.

In a letter to the National Archives regarding the first batch of records that would soon be turned over, White House Counsel Dana Remus said that invoking executive privilege for Biden’s immediate predecessor was not in the best interests of the country.