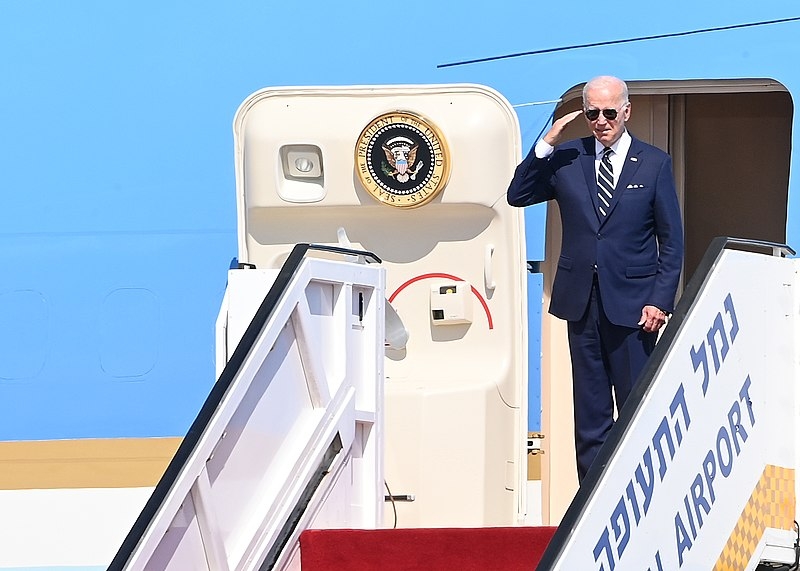 US President Joe Biden took swipes at his potential 2024 presidential rivals, including his predecessor Donald Trump in his recent speech at a conference for Black law enforcement officials. In Biden’s jab at his predecessor, the US leader referenced the inaction taken during the Jan. 6 insurrection.

In recorded remarks to the National Organization of Black Law Enforcement Executives Conference, Biden cited the ongoing issue of gun violence, including the Jan. 6 attack on the Capitol that took place last year, as he ripped into his potential GOP opponents in the 2024 elections.

Biden said Trump lacked the courage to put a stop to the mob that stormed inside the Capitol looking to overthrow the government and that the law enforcement officials saved the day.

“The police were heroes that day: Donald Trump lacked the courage to act,” said Biden, who is currently recovering from COVID-19.

Biden’s remarks also come as the midterm elections are set to take place in November, determining whether the Democratic Party has control over both houses of Congress.

In other related news, Biden administration officials are reportedly working behind the scenes to convince House Speaker Nancy Pelosi against visiting Taiwan amidst heightened threats from China regarding the top House Democrat’s potential visit.

Sources aware of Pelosi’s plans said Pelosi planned to visit in the coming weeks as part of an Asia trip, inviting both Democratic and Republican lawmakers to accompany her.

The potential trip has reiterated the administration’s concerns over China’s increasing pressure on the island nation. Beijing has recently ramped up its rhetoric and provocative actions against the island nation, including regular incursions in Taiwan’s airspace.