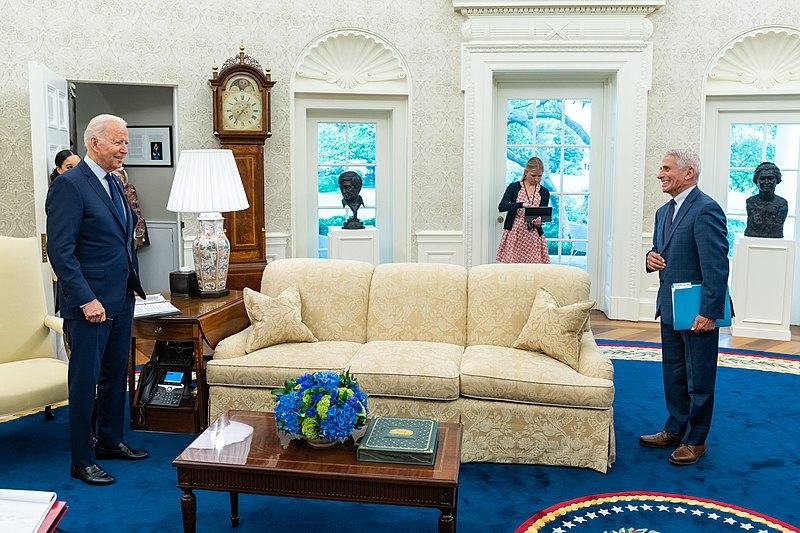 The low numbers of COVID-19 cases in the first several months of the year have now hit spikes in certain states as the Delta variant emerges as the leading mutation that has killed thousands of Americans. US President Joe Biden will reportedly deliver remarks on the next phase of his administration’s response to the ongoing pandemic.

People familiar with the matter told CNN that Biden is set to address the nation on the next phase of his administration’s response to the ongoing COVID-19 pandemic. While the speech is set to be delivered this week, officials are still finalizing the details but will have several components related to schools, private companies, and requirements for federal employees. It is said to be the most the administration has done so far.

Biden’s COVID-19 response team has been drafting the next steps of the plan. However, there are still some limitations regarding what the administration can be able to do. It is expected that the federal government cannot order a broad mandate on vaccinations, which officials have already publicly said.

The upcoming address also comes as Biden sees a drop in the public’s confidence in his response to the ongoing pandemic. In a poll by Washington Post, Biden dropped 10 percentage points in this aspect in late June, from 62 percent it became 52 percent.

The pandemic is one of the major issues that Biden is currently tackling, including the aftermath of the Afghanistan withdrawal. Speaking to the press upon his return to Washington Tuesday, Biden was pressed on the insurgent group Taliban receiving funding from China. The US leader said that China is also figuring out how to react to the insurgent group’s announcement that they would be forming a new government upon taking over Afghanistan.

“China has a real problem with the Taliban,” said Biden to the press in a conference at the White House. “So they’re going to work out some arrangement with the Taliban, I’m sure. As does Pakistan, as does Russia, as does Iran. They’re all trying to figure out what do they do now.”