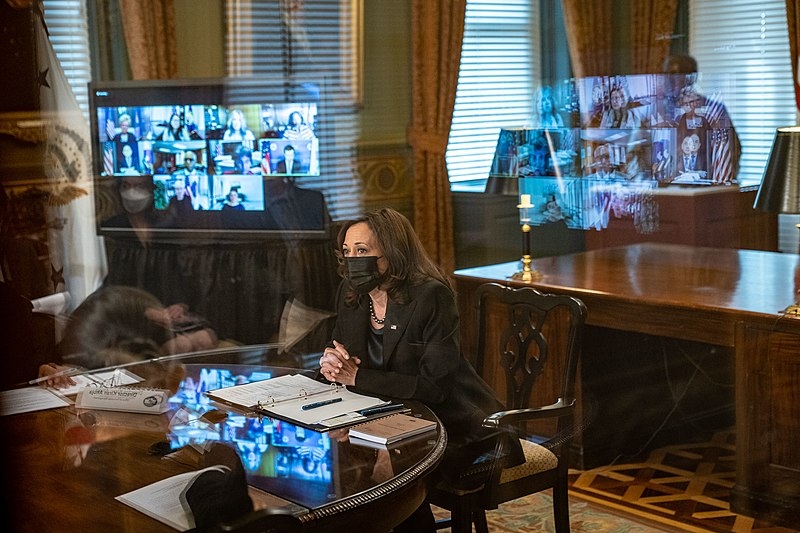 US Vice President Kamala Harris is leading the administration’s diplomatic efforts to stem migration and address its causes in Central America. Harris led a delegation to Honduras this week as they attended the inauguration of the country’s president-elect Xiomara Castro.

Harris, along with the US delegation, was in attendance at Castro’s inauguration this week, where she made history as the first female president of Honduras. The US is also relying on Castro to help combat corruption and address the root causes of migration. Castro has received strong support from Washington and sees her as a possible ally in the region.

Harris was given a warm welcome when she was introduced to the public during the ceremony at a soccer stadium. Earlier, Harris tweeted the importance of the relationship between the US and Honduras, revealing that she will be meeting with Castro and other officials to discuss strengthening cooperation between the two countries on key issues.

The Council on Foreign Relations Latin America Studies fellow Paul Angelo said the Biden administration’s relationship with the new Honduras leader is a “welcome change” for the US. “In a region where democracy is more at risk than at any point since Central America’s transition to democracy in the 1990s.”

“Castro’s presidency should give Washington cause for cautious optimism in this regard, but the magnitude of challenges confronting Honduras – including high poverty and unemployment, devastation by natural disasters, endemic violence, and corruption, will require substantial, targeted, and sustainable investments to rebuild the country, professionalize its institutions and curb northward migration,” said Angelo.

In other related news, with the announcement of Supreme Court Justice Stephen Breyer retiring, many are now speculating who would US President Joe Biden choose to nominate to replace Breyer in the high court. Biden has previously pledged to nominate the first black woman to become a Supreme Court Justice, but there have been some speculations on right-wing outlets that Biden may end up nominating Harris for the job, leaving him to pick a Republican as his vice president.

Conservative commentator Bill Kristol mocked the speculation of Harris getting nominated as Supreme Court Justice. To note, Biden has not yet chosen his nominee, although federal appeals court judge Ketanji Brown Jackson is seen as a likely contender.