Coors betting on its loyal beer drinkers to patronize its whiskey

How older people are mastering technology to stay connected after lockdown 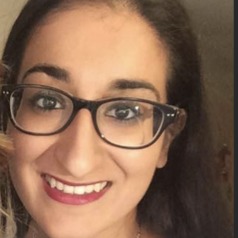 A Muslim family was targeted in a violent hate crime in London, Ont., that left four people dead and a nine-year-old child in critical condition. Police have confirmed the attack was motivated by hate and that the perpetrator may be charged with terrorism.

The crime has left the Canadian Muslim community in a state of fear, grief and anxiety — feelings that they and other racialized people who may be perceived as Muslim individuals have become all too familiar with since Sept. 11, 2001.

Canadians have become desensitized to the vulnerability of Muslims. The racial legacies of the West — such as creating the image of the perfect Canadian — stretch through our media, education and state practices, creating a narrative of who is worthy of belonging and who is an outsider. Categorizing who gets to belong to Canada, and who doesn’t, relies on these processes and institutions.

Islamophobia in the west

Since 9/11, Islamophobia has grown in western society and has fed into a fear of people who look Muslim. This, in turn, has produced a numbness in Canadians to the civil rights breaches brought on by government security policies.

The news media catalyzed the contagious spread of anti-Muslim sentiments, while the political rhetoric brought with it heightened international security and anti-terrorism laws.

Politicians have also embraced these notions and contributed to the systematic discrimination of Muslims and brown people, including those of Middle Eastern and South Asian descent.

As a brown person, I have been subjected to extra security checks and questions about my “Canadianness.” I have felt the fear of being othered. As an anti-racism scholar, I am interested in how my community — and those of other groups perceived as Muslim — are surveilled and targeted by both the government and white supremacists.

Seeing all brown people as the same is a result of the “browning of terror.” Here, the discrimination is not connected to a specific racial or ethnic group — rather, brown skin has become representative of deviance and danger.

With its intense focus on Muslim fundamentalists, the media has come to homogenize not only Muslims, but extended Islamophobia to include non-Muslim South Asians as well.

The surveillance of racialized people has been a prevalent part of the West’s history and remains a constant in the ongoing war against terrorism, both domestic and international.

Anti-terrorism bills, immigration laws and over-policing of racialized communities legitimize discrimination under the pretext of security. Brown people are subjected to extraordinary measures of state-sanctioned prejudice.

The spread of Islamophobia

In 2017, a study by the Angus Reid Institute showed that Canadians held unfavourable views of Islam, Sikhism and Hinduism, rating the religions lower than Christianity, Judaism and Buddhism respectively.

Legal scholar Azeezah Khanji conducted another study that showed that over half of Canadians believed that Muslims cannot be trusted, thought that Islamophobia is being catastrophized and that the government should surveil mosques. The study also found that 46 per cent of Canadians believed that the discrimination Muslims faced was their own fault.

The use of Islam by terrorist groups has vilified the religion and its followers. Unlike white people who commit crimes, brown people are not seen as individuals but as a product of their community, quickly described as terrorists by the media and politicians alike.

People of colour continue to find themselves at the centre of conflicts which are rarely of their own choosing. When a person of colour commits a crime or dissents against the state, the entire community — and in the case of Muslims, the religion — is vilified.

The colonial history of Canada is often hidden behind the multicultural image we project through the belief that we are a mosaic nation. This multicultural myth allows us to further ourselves from the overt racist practices and incidents of other western countries.

After 9/11, Canada’s politics and societal beliefs contradicted its multicultural discourse. Muslims were labelled potential terrorists, plotting against the west.

Biased media reporting and politicians’ racist rhetoric have created a narrative that enables far-right groups to target Muslims to protect and save western ideals by targeting Muslims. We saw this in the murders at the Québec City mosque and now in London, Ont.

It has become increasingly apparent that awareness of the plight of racialized people only comes about after extreme acts of violence. The collective outrage that follows racialized violence feels performative, as the cycle of hate continues without any disruption.