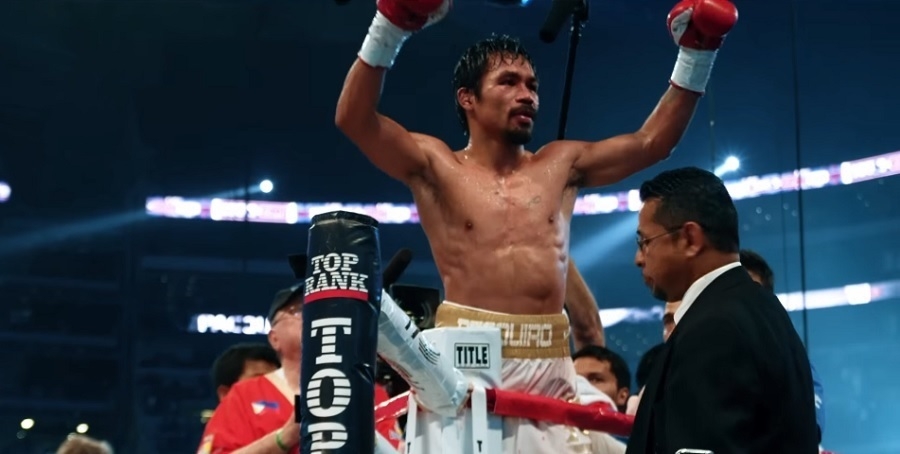 From the trailer of the documentary "Manny" released in 2014. | Photo via Movieclips Indie/YouTube screenshot

Manny Pacquiao’s camp has yet to set a date for his return to the ring, but the Filipino boxer is making headlines for another important reason. He has now signed with new management that happens to be the same company handling Conor McGregor. The move has unsurprisingly sparked speculations of their potential boxing match in the near future.

The only eight-division champion in the history of boxing has had a successful 2019 after going two-for-two in the matches last year against Adrien Broner and Keith Thurman, respectively. Both fights took place while Pacquiao was signed with Al Haymon’s Premier Boxing Champions. But 41-year-old fighter has now moved on after it was confirmed on Tuesday that his future fights would be under the flag of the Paradigm Sports Management where McGregor is also currently signed.

The Irishman was one of the first personalities to recognize Pacquiao’s new contract after tweeting, “Welcome to the team Emmanuel.” Interestingly, Pacquiao’s change of court took place shortly after people close to him, and McGregor revealed that there had been negotiations to set up their future boxing match. While Pac-Man’s new contract with Paradigm does not confirm anything yet, it would certainly make things much easier to settle should a Pacquiao vs. McGregor comes to fruition.

McGregor is undoubtedly one of the most celebrated names in the mixed martial arts industry, but there is no denying that he still has plenty to prove in the boxing realm. A match with Pacquiao, let alone a win, would certainly earn him a very good rep in the boxing world. Pacquiao and McGregor, in the same poster, are also very likely going to attract many audiences around the world willing to pay the price of seeing their match live.

The downside here is that boxing fans will have to wait a few more months to hear about Pacquiao’s plans for his next fight. His camp previously said they were eyeing early 2020 match, but the timetable has since been moved. The reigning WBA Super welterweight titlist is now slated for a “June or July” return to the ring.