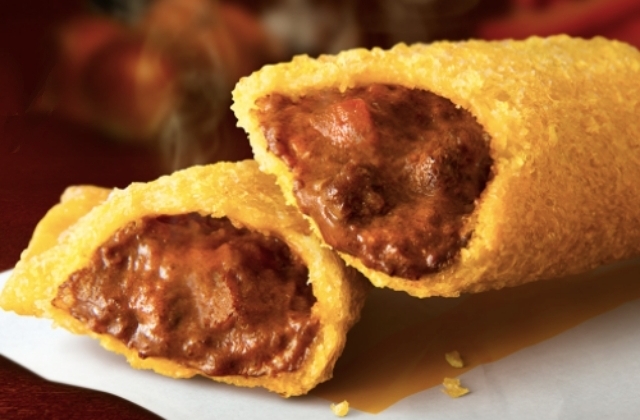 McDonald’s Japan just added something new to its menu lineup, and it is not an ordinary item. The Japanese unit of the fast-food chain headquartered in Chicago, Illinois, announced a new pie, but customers can’t expect a sweet one!

Everyone thinks that pies at McDonald’s are desserts since they are usually sweet but not in McDonald’s Japan as it introduced the savory Beef Stew Pie. Sora News24 reported that this new food item features the same crust used in the restaurant’s Apple pies but the filling is a stew.

The beef was slow-cooked and veggies were added such as potatoes and carrots. The stew used the French veal stock, Fond de Veau, to give a deep flavor and enhance the richness of the sauce.

Just like the regular pies in McDonald’s, the casing of the Beef Stew Pie is crispy and adds a satisfying textural accent to the new snack. The filling is also hot and promises to warm up the stomach and cold body.

The new Beef Stew Pie at McDonald’s Japan is being promoted with the tagline that reads: “Pie wa Ai da,” which translates to “Pie is Love” in English. It was explained that since the pie could give warmth, it was compared to love that also gives a similar feeling.

The Beef Stew Pie is the second non-sweet pie to be released at McDonald’s Japan. The first one was the Cream Stew Pie that made its debut in January 2016 and was offered for a limited time.

The new pie will also be in the fast-food store outlets for a certain period only. It will be available from Dec. 8 to January 2022 and each pie costs ¥180 or around $1.59.

As mentioned on Entabe, customers can buy the Beef Stew Pie in five package options. McDonald’s Japan includes various sides and food items to go with the pie so diners have many varieties to choose from.

Finally, the Beef Stew Pie is filling enough as a snack but also perfect to be eaten alongside other McDonald’s favorites such as french fries and chicken nuggets, crispy chicken, and spaghetti.