Melania Trump: FLOTUS's style transformation since taking on the role 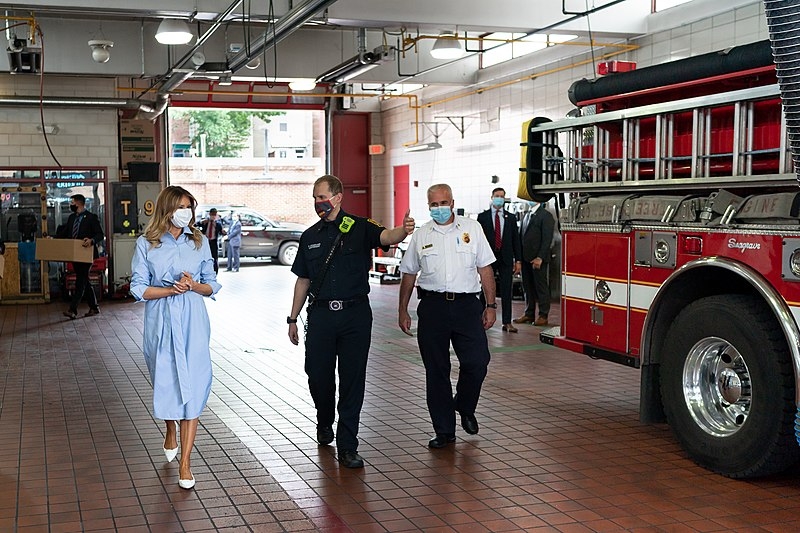 Aside from their engagements, first ladies are also noticed for their sartorial choices, as they are often photographed whenever they step outside the White House. For first lady Melania Trump, a style expert has revealed how her fashion choices have changed since entering the White House and how she makes herself stand out alongside her husband, Donald Trump.

Moda in Pelle’s digital marketing manager Gianni Casagrande explained how Mrs. Trump’s style has changed from before she became the first lady and after she took on the role since Donald was inaugurated in 2017. Casagrande revealed that Melania may have felt inspired to make some style changes when Donald took an interest in politics, and his bid to run for office started all the way back in 2000. Casagrande noted that Melania’s style changed from “fun-loving party girl to serious political figure,” but there are some details that she has maintained, such as bold colors, fitting materials, and her choice in accessories.

Since entering the White House, Melania maintained those details as a way to stand out alongside her husband. Casagrande revealed that the first lady is not afraid to wear something that could make her stand out. “Melania’s style choices demonstrate she isn’t someone happy to fade into the background, and that is confident in her position,” said Casagrande, who noted that there is a balance between sexy and elegant in her outfits.

Melania has also notably been inspired by her predecessors, such as Jackie O. Kennedy. Mrs. Trump wore a similar outfit as the former first lady during the inauguration.

Aside from the change in her style, Melania’s body language has also seemingly changed over the years. According to expert Judi James, Melania may have been trying to channel Queen Elizabeth II herself, especially in her way of speaking out on issues related to her Be Best initiative. This may be stemming from hers and Donald’s admiration for the royals. The president has often publicly expressed how much he admires the Queen.

“He and Melania experienced the traditions of royal body language up-close on their visits to the UK, and it would be easy to imagine that Melania might have used her as a role model in terms of successful, high-status leadership, as she performed her own versions of ‘The Queen’s Speech’” said James.