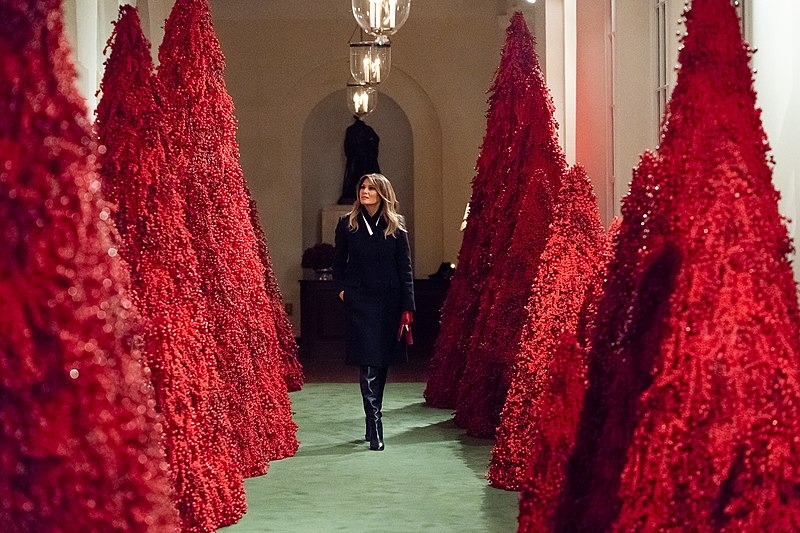 The former friend of now-former first lady Melania Trump has revealed that she has been cooperating with prosecutors for some time. Stephanie Winston Wolkoff recently claimed that the Trump family tried to tie her to the corruption on the Presidential Inauguration Committee due to her refusal to go along with their “grifting.”

Wolkoff made the revelation when she responded to an article on Twitter, tagging former federal prosecutor Glenn Kirschner. Kirschner thanked Wolkoff for taking a stand, noting that this was something that Trump allies that are currently at the center of the congressional probe into the Capitol insurrection would not do.

“I never went along with their grift or lies so they punished me by making me the New York Times covergirl of their graft for the Presidential Inauguration. I’ve been working with prosecutors for over 3 years,” said Wolkoff on Twitter.

“Thank you Stephanie @SWinstonWolkoff for taking the kind of principled stand that weak, sycophantic individuals like Meadows, Jordan, Perry, McCarthy & other members of #TheCoverUpCaucus will never take,” Kirschner responded.

In other related news, the former first lady’s Christmas decorations during their final year at the White House were previously brought into comparison when first lady Dr. Jill Biden decorated the White House for the holiday for the first time. Mrs. Trump’s husband, former President Donald Trump, claimed back in December that the former first lady’s displays for the holiday were received well.

The former president made the comment during his interview with Mike Huckabee for a Christmas special in his Mar-a-Lago residence. Huckabee pressed Trump on how the family celebrated Christmas. Trump explained that they have celebrated the holiday in different ways over the years, from New York to Florida.

“Then I had the White House years, and having Christmas at the White House and being – even the environment, and Melania always did a fantastic job of fixing up the trees,” said the former president. “I mean, she did magnificent displays, and generally speaking even from the super-liberal press, got great reviews, which is shocking, OK? Because they didn’t like giving us good reviews.”

In comparison with Dr. Jill Biden’s Christmas decorations, Newsweek noted the infamous rant against Christmas by the former first lady in a recorded conversation.