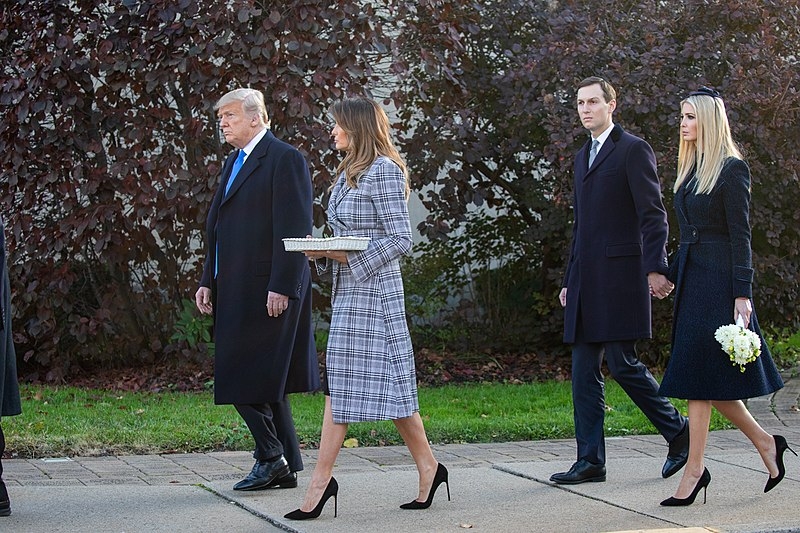 Excerpts from the book that were obtained by TMZ revealed that Grisham’s predecessor Lindsay Reynolds, who was Mrs. Trump’s chief of staff until April 2020, was concerned that the twice-impeached former president’s adult children would try and disrupt the official visit between their father and the monarch. Grisham revealed that each of the former president’s children and their respective partners wanted to fly on Air Force One and have seats at the official state dinner, which frustrated Reynolds.

“We’re going to look like the Beverly Hillbillies,” said Reynolds, according to Grisham. “We’ll be an embarrassment to the whole country.”

“It was the only trip in all four years that every single member of the family expected to attend,” wrote Grisham.

This was one in the many unflattering details that Grisham shared in her book, “I’ll Take Your Questions Now,” including how Mrs. Trump refused to condemn the violence that transpired from the Capitol insurrection last January 6 and a moment between her and her husband regarding her infamous “I Really Don’t Care” jacket. Grisham is also another former Trump administration official that has since revealed details of what would happen behind the scenes during Trump’s presidency.

Mrs. Trump, who has largely stayed out of politics and the public eye since leaving Washington in January, responded to the details in the book, blasting her former aide. The former president also criticized Grisham for the revelations in the book. Grisham previously served as the White House Press Secretary but has never held a press briefing during her time on the job.

“The author is desperately trying to rehabilitate her tarnished reputation by manipulating and distorting the truth about Mrs. Trump,” said a statement issued by the former first lady’s office. “Ms. Grisham is a deceitful and troubled individual who doesn’t deserve anyone’s trust.”