More than 1,000 new exoplanets discovered – but still no Earth twin 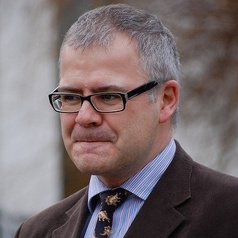 NASA astronomers working with data from the Kepler space observatory have presented the largest single crop of newly discovered exoplanets to date. It’s impressive – 1,284 new planets have been announced, including around 550 which are of comparable size to the Earth. However just nine of these may be in their stars' habitable zones – where it is plausible that liquid water could exist on the surface of a planet.

Kepler discovers planets by looking for a tiny dip in light as a planet passes across the face of its parent star, blocking a fraction of the starlight. This so-called transit is exactly the same phenomenon as many of us witnessed on May 9 with the transit of Mercury across the face of the sun. But, unlike Mercury or Venus, which we can see from Earth when they transit the sun, astronomers cannot image an exoplanet or even its star as anything other than a point of light, simply because they are so far away.

For an exoplanet similar to Jupiter the dip in light can be as much as 1% of the star’s brightness, and measuring such dips has been routine for a decade with ground-based telescopes such as SuperWASP. The advantage of Kepler, which is in space, is that it can measure the tiny dips due to Earth-sized planets – which may be up to 100 times smaller still. Even so, transits are only visible from those systems aligned edge-on to our line of sight; for every transiting exoplanet found, there will be hundreds more that cannot be detected.

Not everything that looks like a transit really is an exoplanet. Sometimes a bright single star is aligned with a fainter “eclipsing binary” – a pair of stars orbiting their common centre of mass such that each passes in front of the other, blocking a large fraction of the total light. On its own, the eclipsing binary may produce deep eclipses that are clearly distinguishable from transits, but when the light is diluted by the single star lying along the same line of sight, the result can look like an exoplanetary transit. These are known as “false positives”.

So Kepler spots a huge number of “candidate” exoplanets (known as Kepler Objects of Interest), but they remain candidates until confirmed in some other way. The only way astronomers can be certain they have a planet and not something else is to measure its mass, and that can be done in two ways. If the system contains multiple transiting planets, astronomers can look for timing variations as the planets tug each other through their mutual gravitational attraction. This can be used to work out the masses of the individual planets. Alternatively, astronomers can analyse the light from the star to observe the Doppler shift in its spectrum – the starlight is periodically red-shifted and blue-shifted by a tiny amount as the unseen planet orbits the star, tugging it to and fro, and the shift in wavelength depends on the planet’s mass.

The problem with the vast majority of the unconfirmed exoplanets is that they are not in multiple planetary systems and they are orbiting stars that are too faint to measure their Doppler shift. Instead, astronomers have to rule out the false positives by other means. That is precisely what the Kepler scientists have done.

The team ran computer simulations of real exoplanetary transits to quantify how much like a transit each observed signal appears to be. They then ran other simulations of objects that can mimic transits and used those to work out how common imposters would be that could mimic the signal observed. This gave them a probability of the observed signal being due to an exoplanet.

The team analysed 4,302 candidate planets from a list published by the Kepler team in July 2015. They concluded that 1,284 of them have a 99% chance or better of being exoplanets; another 1,327 of them are more likely than not to be exoplanets, but more work is needed to confirm them. That leaves 707 objects which are likely to be due to something else and 984 which have already been verified as exoplanets by others, and which this study has confirmed.

From the newly identified sample, around 550 are smaller than twice the radius of the Earth, which means they could be rocky in composition. Nine of these lie in the optimistic habitable zone around their stars. However, six of the nine lie on the extreme inner edge of the habitable zone and another lies on the extreme outer edge. This leaves just two firmly within the “conservative” habitable zone and only one of these – the exoplanet Kepler 1229b – is similar in size to the Earth at 1.1 Earth radii. However, even that is not in an Earth-like orbit, as its parent star is a cool red dwarf which the planet orbits once every 87 days. An artist’s impression of what planet Kepler-452b may look like, the first near-Earth-size world to be found in the habitable zone of star that is similar to our sun. NASA Ames/JPL-Caltech/T. Pyle

An Earth-sized planet is considered to be one with a radius between 0.7 and 1.2 times that of the Earth. Exoplanets with radii in the range 1.2 to 1.9 Earth radii are referred to as “super-Earths” and those with radii between 1.9 and 3.1 Earth radii are called “sub-Neptunes”. The surprising thing is that around two thirds of all the planets discovered by Kepler are in these latter two categories. Strangely, we see no planets of this size in our own solar system – here everything is either Earth-sized or smaller or it is Neptune sized or larger.

Earth-sized planets are certainly harder to detect than super-Earths or sub-Neptunes, but the fact remains that astronomers have not yet found an Earth twin. Such a planet would have not only a radius similar to the Earth but a mass similar to the Earth too (and so presumably a similar bulk composition) and it would orbit a star of similar mass, size, luminosity and temperature to the sun in an orbit that takes around a year to complete.

The latest announcement is an impressive piece of work, and the discovery of so many new exoplanets is stunning. It is increasingly clear that planets orbit stars as a rule – not an exception. While astronomers still haven’t found an exact twin of the Earth, the rapid pace of discoveries is surely a sign that it is just a matter of time until they do.

Andrew Norton has previously received funding from the Science and Technology Facilities Council. He is affiliated with the SuperWASP project.