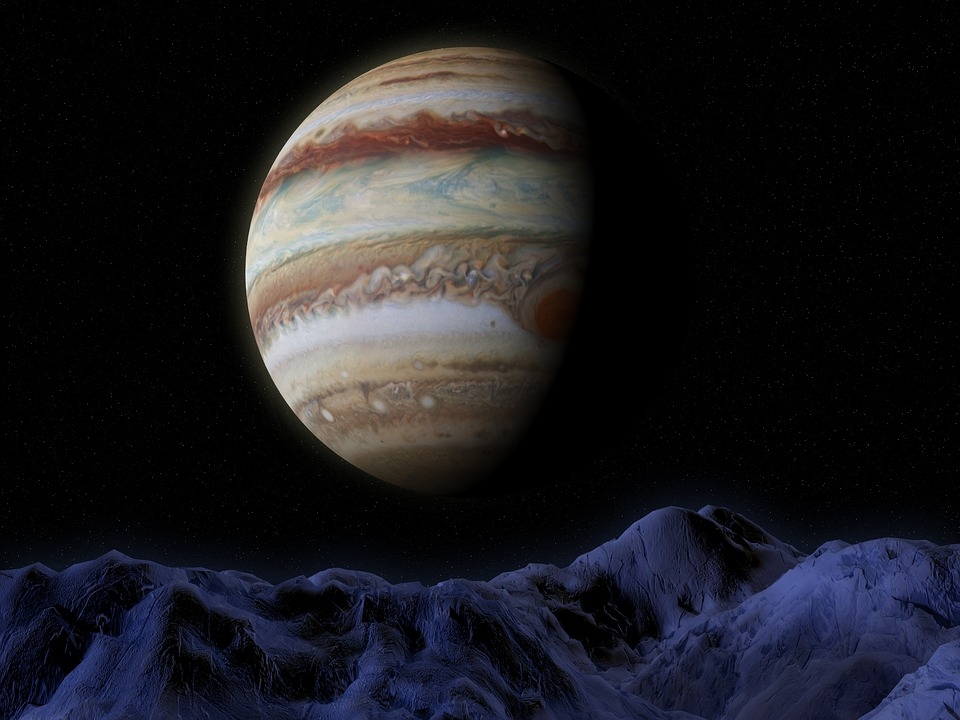 Among the many moons found in the Solar System, the biggest would be Jupiter’s Moon Ganymede, and because of its size, any other parts remain a mystery to astronomers. Recently, NASA released a shot of the northern polar region of Ganymede taken by the agency’s Juno spacecraft.

Express reports NASA’s Juno spacecraft was able to take photos of Ganymede’s northern polar region in December of 2019. According to the agency, Ganymede is the ninth biggest object in the Solar System, next to Earth, Venus, and the red planet Mars. Ganymede also happens to be the only Moon that is bigger in size than Mercury, the planet closest to the Sun.

Although Ganymede appears to be mostly made up of water ice, it is also the only Moon that has a magnetic field. Compared to Earth, any solar particles that would strike the atmosphere and the magnetic field would produce auroras. But because Ganymede has no atmosphere, the solar particles that bounce off of Jupiter simply hit its Moon. It was because of this that the plasma that constantly hits Ganymede has an effect on its ice.

According to Rome’s National Institute for Astrophysics JUNO co-investigator Alessandro Mura, “The JIRAM data show the ice at and surrounding Ganymede’s north pole has been modified by the precipitation of plasma. It is a phenomenon that we have been able to learn about for the first time with Juno because we are able to see the north pole in its entirety.”

In other news, astronomers have detected the presence of “alien” asteroids within the solar system. The astronomers from the Sao Paolo State University Institute of Geosciences and Exact Sciences were able to spot 19 of these so-called alien asteroids. These types of space rocks are referred to as Centaurs, and they were found orbiting between Jupiter and Neptune.

According to the study’s co-author Professor Maria Helena Moreira Morais, some of the celestial objects that are now found in the solar system must have come from other stars. This is because, as the solar system was built 4.5 billion years ago, the stars found within the system were a lot closer to each other, and may have exchanged material among the star systems.