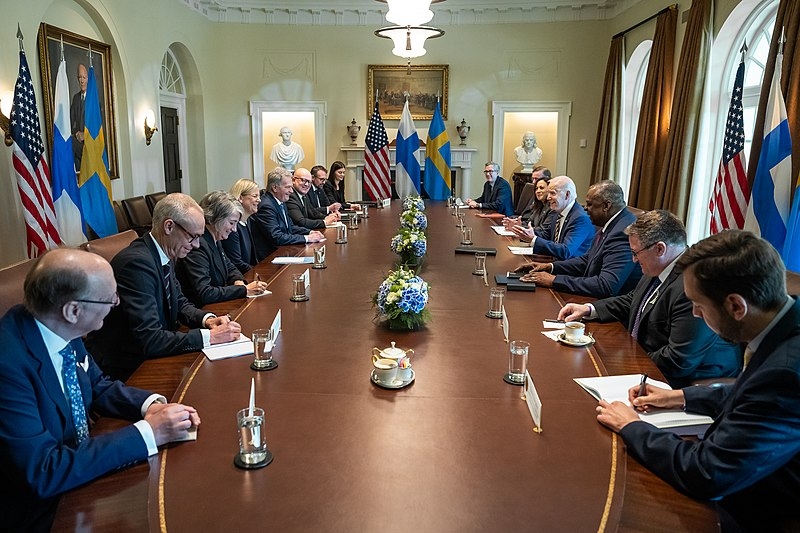 The US Senate approved Wednesday the accession of Finland and Sweden into the NATO alliance, marking the most significant expansion of the military alliance since the 1990s.

The final vote surpassed the two-thirds majority vote needed in the 100-member chamber. From the 67 votes that were needed, the final vote to approve the two countries was 95 to one.

“The Senate just voted to ratify the Finnish and Swedish application to NATO,” tweeted Senate Majority Leader Chuck Schumer. “Their membership will strengthen NATO. It will advance the cause of democracy. And it is all the more urgent given Putin’s barbaric, immoral, and unjustified war in Ukraine.”

Finland and Sweden applied for membership in NATO following Russia’s invasion of Ukraine. Moscow has repeatedly warned the two countries against joining the alliance.

All 30-member states of NATO signed the accession protocol during a summit in July, allowing Finland and Sweden to join the alliance once their respective governments approve of the decision.

On the same day, Italy’s parliament also voted to ratify Finland and Sweden’s membership in NATO. The Italian Senate voted 203 to 13 in favor of accession, one day after the lower house approved the legislation by a large majority.

“In the face of Russian aggression against Ukraine, strengthening the European front of the alliance is an important step that can act as a deterrent to new Russian threats,” said Giorgia Meloni, who leads the most popular party in Italy’s Conservative faction.

Meanwhile, Ukraine has ordered the withdrawal of its peacekeeping troops from the NATO-led mission in Kosovo, according to the RBK Ukraine news outlet Wednesday. Ukraine currently has 40 peacekeeper troops in Kosovo as part of the 3,800 NATO-led KFOR mission.

However, President Volodymyr Zelenskyy issued a decree back in March that ordered all missions to return in order to help its forces in the ongoing war.