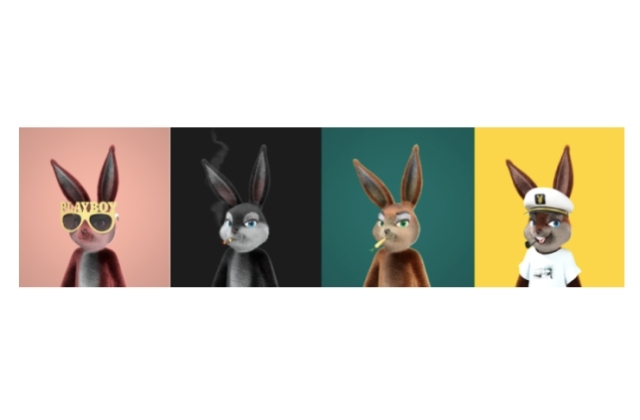 Playboy already released its first NFTs last spring, and it was the Liquid Summer collection that was made in collaboration with Slimesunday, a digital collage artist based in Salem, Massachusetts.

The American men's lifestyle and entertainment magazine brand's NFT debut collection got sold out in less than three minutes, and this means the company entered the non-fungible token space on a high note. And now, it is preparing to unveil its second batch of NFTs that it is calling the "Rabittars."

These were designed based on Playboy's iconic bunny logo and were said to be a unique bunch. The company will release 11,953 NFT rabbits featuring what it described as "lagomorphic-themed civilization."

According to Hypebeast, all the 11,593 "Rabbitars" will be offered to collectors and NFT buyers while also honoring Playboy's founding year 1953. The new NFT collection will be available on Playboy Rabittars' website starting Oct. 25.

Fans and blockchain enthusiasts will see 3D cartoon rabbit characters, and each one of them has unique traits, including the color of their fur, glasses, props, and more. It was mentioned that some of the rabbits possess rarer traits compared to the others.

For those who will avail of the "Rabbitars" NFTs, the assets can also serve as keys to the Playboy Club. This is exclusive access to members-only events, artwork, and other merchandise. This is a good scheme because the brand definitely has more plans to release new blockchain-based digital assets in the future and eventually expand in this line of business.

In any case, it was mentioned on the Market Insider that Playboy's Rabbitars NFT collection was created through the collaboration of its own Web3 Innovation team and Possible Studios and WENEW, an art studio and blockchain tech firm founded by Michael Winklemann and Michael Figge.

"Distributed ledger technology is revolutionizing how fans and consumers interact with brands today. At Playboy, we're committed to moving out of the era of merely acquiring followers and into an era of building thoughtful communities where each member has a voice," vice president of Playboy Group's Blockchain Innovation, Jamal Dauda, said in a press release. "Our goal is to deliver meaningful opportunities for ownership and unique value. The Rabbitars mark the beginning of true blockchain-based membership for Playboy."