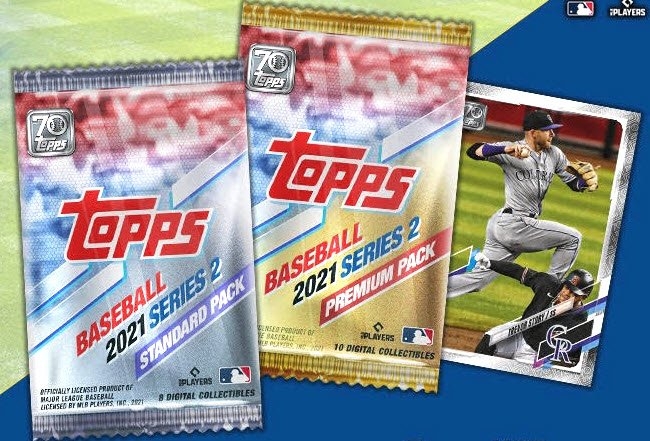 The NFT collectibles, are available via toppsnfts.com, contain card rarities ranging from common to legendary.

Topps Company, Inc. launched via the blockchain protocol Avalanche its second series 2021 Baseball NFT collection, which is based on the sold-out 2021 Topps Series 2 Baseball physical product.

According to Tobin Lent, the VP and global general manager of Topps Digital Sports & Entertainment, the MLB NFT series provide a fun, easy-to-use collecting experience for both NFT veterans and newcomers alike.

The Series 2 Baseball provides a yearly snapshot of the MLB season and this release captures those memorable moments.

A standard NFT baseball pack with eight cards sells for $15. The NFT collectibles, which are available via toppsnfts.com, contain card rarities ranging from common to legendary.The odds of getting a rarity card are estimated at 16.64 percent.

While Topps has cornered the market for MLB NFT cards and packs, it will lose its partnership with MLB in 2026 as the league has inked a deal with the sports apparel maker Fanatics.

Fanatics is expected to pick up the MLB NFT game from that point.