Outreach - why reach out?

The Stargazing Live promotional banner, aiming to get Australia to all look up. After they've watched the show of course. ABC 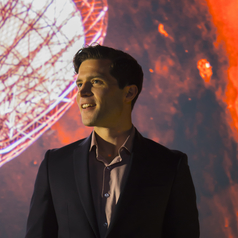 As I write this on-site at the Australian Astronomical Observatory, home for the next three nights to the BBC/ABC Stargazing Live show, I’m struck by the number of scientists working hard to explain their science to the nation. They’re taking significant time away from their research, sitting in freezing conditions and working incredibly hard to make the science understandable. Why? Because it matters.

Science, technology, engineering and maths (STEM) is undoubtedly a key skillset for jobs of the future although the oft-quoted statistic that 75% of the fastest growing occupations needs further research to verify (the citation trail ultimately links to a US Dept of Education study in 2007 that doesn’t even mention this). Yet what is undeniable is that STEM enrollment rates in Australian schools continues to decline, with 50% of NSW high school certificate graduating with no science from school at all. In terms of achievement on international metrics Australia has stagnated over the past two decades. Regardless of the job numbers we need STEM aware citizens to be able to make informed decisions in a world where science and technology present ever greater challenges and opportunities.

Trying to arrest this decline will take efforts in the education sector, both at school and university, but also as a society. Changing millions of minds take both traditional as well as social media efforts on an epic scale. That’s why shows like Stargazing Live, Todd Sampson’s Life on the Line, and for those podcasters out there Cosmic Vertigo, are so important. They make STEM cool.

Science explained differently. By exploring science and the fundamental laws of physics in an experiential manner will shows like Todd Sampson’s Life on the Life help make STEM cool?

Making science accessible, and approachable, is also fundamental to the success of that science. Publicly funded research has to let the boss, i.e. the taxpayer, see what’s being done with those funds. Furthermore, the public needs to know what the latest research has to say on mass coral bleaching, the threats to public health from avoiding vaccination and of course the dangers but also benefits of genetically modifying crops. Research that isn’t immediately applicable to our lives can, through the shear beauty and inspiration of say exploring the cosmos, certainly enrich it.

Minds aren’t changed overnight, even over three nights with Stargazing, but taking science out of the lab and into the mainstream is something worth tuning in for.

Alan Duffy works for Swinburne University of Technology and features in the shows discussed here (Stargazing Live: Back to Earth, Todd Sampson's Life on the Line and the podcast Cosmic Vertigo).