‘Ozark’ season 4 is concluding and here are the hints on what fate the Byrdes will have; Filming to commence soon 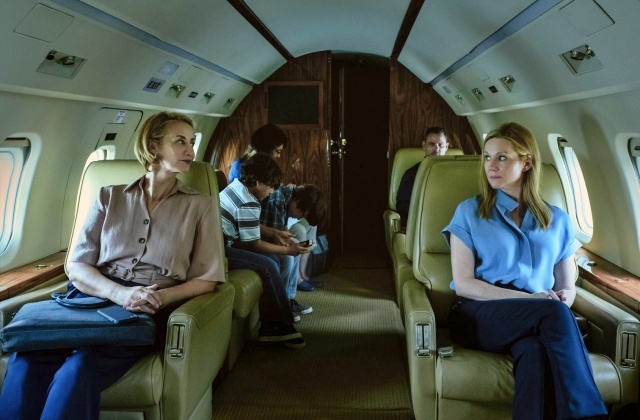 The final fate of Marty Byrde’s story will now be revealed in the upcoming “Ozark” season 4 as the series has been confirmed to end. The announcement of the finale surprised some fans since all along, they thought it will have at least five or six seasons.

But then, it was hinted that this drama is ending in “Ozark” season 4 when during the renewal, showrunner Chris Mundy said that they are grateful to Netflix for giving them a chance to wrap up Marty Byrde’s story well.

“We’re so happy Netflix recognized the importance of giving ‘Ozark’ more time to end the Byrdes’ saga right,” Variety quoted the showrunner as saying. “It’s been such a great adventure for all of us both on-screen and off so we’re thrilled to get the chance to bring it home in the most fulfilling way possible.”

Cast and what to expect

It was previously confirmed that Ben Davis (Tom Pelphrey) who first appeared in the third season will not be in “Ozark” season 4 anymore, as per Radio Times. In any case, the viewers can expect bloodshed in this finale as the Byrde family is in deep trouble after being firmly entangled with the Navarro cartel. There is no turning back now and Marty and Wendy’s only option is to be strategic in their dealings so they will not be hurt by the criminals.

What is happening right now is far from what Marty Byrde had panned for his family when they moved to Ozark. However, because his illegal business has gotten out of hand, it was impossible to get out of it now. Thus, in the end, his whole family, especially his wife, had to be involved and fight for their lives too.

There is a prediction that both Marty and Wendy will die in “Ozark” season 4. Although many will not agree, it seems possible because of the troubles they have gotten themselves into. They are now in the criminal world and being targeted by the goons.

Despite this gloomy prediction, Express suggested things can still turn out well for the Byrde family. It was stated that while many characters will surely die on “Ozark” season 4, the family may be spared if they will play their cards well.

“We’re going to start November 9,” the 51-year-old actor told IndieWire. “Everything is moving well toward that and we’re very confident in the guidelines and protocols we’re going to be following. We’ve got tons of consultants and we’re learning a lot from other productions.”