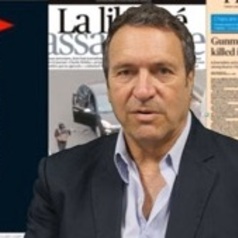 In a bid to defend Immigration Minister Peter Dutton following his controversial comments on refugees, Prime Minister Malcolm Turnbull in a Fairfax op-ed made unjustifiable claims about the relationship between his government’s multicultural policy, Australia being a multicultural society, and stopping the boats.

Each of these propositions is disingenuous and misleading.

Does multiculturalism depend on ‘strong borders’?

Multiculturalism is a process of settlement and the building of mutual respect, not a basis for admission into the country. Support for multiculturalism in Australia hovers at about 80%, even while support for immigration levels rises or falls in relation to the perceived control governments have over national borders.

Research dating back to 1998 demonstrates that Australian support for high immigration levels remains well above 50% – unless people become anxious that multiculturalism will cause them specific harm.

The costs associated with the settlement of refugees are significant.

However, the additional costs the government claims an increased refugee intake would generate are tiny. Labor, which is promising to lift the intake from 13,750 to 27,000 by 2025, points out there would be no change in numbers until the fourth year of the forward estimates, and then only small numbers. At a A$17 million difference, it would hardly destroy the budget.

Even then, this addition at the margins would be well offset by the impact of refugees’ high propensity to consume, with its multiplier effects through the economy. They tend to spend nearly everything they get in their first few years in Australia. Begrudging the investment would be foolhardy given the benefits it generates.

Settlement services throughout Australia have been developing new strategies to engage with the one-off intake of 12,000 refugees fleeing the conflict in the Middle East.

NSW Premier Mike Baird has appointed a co-ordinator-general for refugee resettlement, Peter Shergold. Early reports suggest a greater level of integrated service planning and delivery than has ever happened before. This is generating higher efficiencies, greater community, institutional and business buy-in, and a more productive system unlikely to be overwhelmed by the intake Labor proposes.

While support for high levels of immigration has been more varied, the real killer for multiculturalism is the anxiety factor about the perceived threat of cultural diversity versus the perceived benefits.

The last time this was seriously tested was in 2007. Then-immigration minister Kevin Andrews announced, just before the election, the slashing of the African refugee intake. In another exacerbation of community anxiety, he claimed Africans apparently integrated poorly into Australia.

This was not only wrong – African young men were the target of racist violence, not the perpetrators – and insulting, but it shifted public opinion away from support for immigration and multiculturalism.

Tony Abbott repeated this in relation to Muslims. Senior politicians traducing the reputation of immigrants does more to erode support for multiculturalism than do uncontrolled borders.

Is Australian multiculturalism the world’s best?

The 2014 MIPEX places Australia eighth out of 28 countries, marking it down on family reunion and other human rights issues. This is a more rigorous and extensive index. Its results do not support Turnbull’s claims.

The 2010 MCP immigrants list, which was undertaken during the Labor government and therefore not adjusted for changes under the Coalition, placed Australia at the top of the list with a “perfect” score. However, its indigenous minorities list of nine countries placed Australia fifth.

Finally, the Coalition has no plans to re-establish a policy–linked research capacity outside the limited program inside the Department of Social Services. This is despite its members supporting this move in opposition.

Turnbull was more correct to say governments that lose “control” of their borders see a decline in support for higher immigration levels. But to lose support for multiculturalism, governments have to trash the reputation of refugees, raise community anxiety and watch while they trigger the added complication of fragmentation in community cohesion.

Prof Andrew Jakubowicz works at the University of Technology Sydney, a federal government funded educational institution. He receives funding from the ARC, the Human Rights Commission and VicHealth for research into cyber racism. He was appointed by the NSW Baird Government to the Advisory Board of MulticulturalNSW in 2015, where he chairs the South Sydney Regional Advisory Council, which includes the Sutherland Shire. He does not speak for MulticulturalNSW.