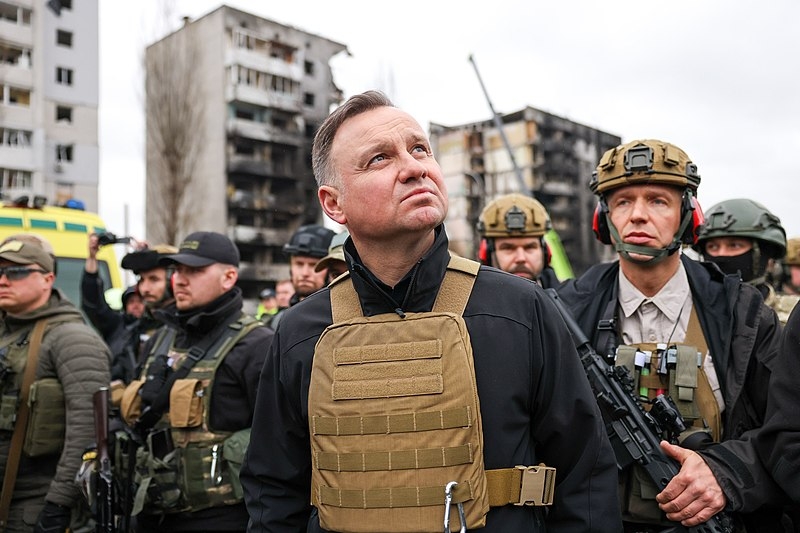 Russia continues to wage war on Ukraine for the fourth month since the invasion in February, sending neighboring countries on alert and in need of further deterrence. Following the US announcement of deploying more reinforcements to the continent, Polish President Andrzej Duda praised the decision.

Duda hailed the decision by Washington to deploy more US military reinforcements in Europe, including setting up a permanent US military base in Poland in response to potential threats from Russia since its invasion of Ukraine. Speaking at a news conference, Duda said that the decision is what Poland has long waited for.

“This is news that we have been waiting for, for a long time,” said Duda. “It is a fact that strengthens our safety a lot…in the difficult situation which we are in.”

“Something that seemed impossible to many is becoming a fact today,” tweeted Polish deputy foreign minister Marcin Przydacz. “We have a PERMANENT US presence in Poland…It is also a clear signal to Moscow.”

Following Russia’s annexation of Crimea in 2014, Poland saw an increase of NATO troops in the alliance’s eastern flank is important for the security of central Europe amidst increased assertiveness from Moscow. Poland has also long sought to have a permanent US military base in the country.

Prior to the invasion of Ukraine, the US military had 4,500 troops stationed in Poland in both a bilateral capacity and a NATO capacity. The troops were stationed in western Poland on a rotational basis.

Back in April, the leader of the ruling political party in Poland, Jaroslaw Kaczynski said Warsaw is open to having US nuclear weapons and a 50 percent increase in US troops in Europe.

The US Director of National Intelligence Avril Haines warned that the war Russia is waging on Ukraine will likely continue for a longer period of time.

The top US intelligence official explained during a Commerce Department conference that Russia’s stance on the West is “hardening” and that Russian dictator Vladimir Putin is determined to take control over most of Ukraine even as Ukrainian forces are resisting Russia’s offensive.

“We think he has effectively the same political goals that we had previously, which is to say that he wants to take most of Ukraine,” said Haines.