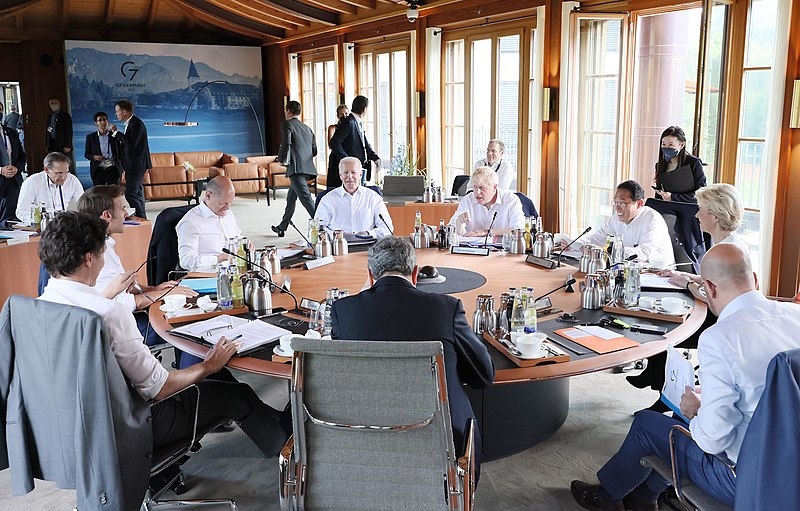 The leaders of the G7 group of countries have reiterated their pledge to stand in support of Ukraine as it resists Russian aggression that is already in its fourth month. The G7 released a statement pledging a renewed solidarity with Ukraine during its summit that is currently taking place.

The Group of 7, made up of the world’s richest democratic countries, issued a joint statement pledging to continue providing Ukraine with “financial, humanitarian, military, and diplomatic support.” The joint statement comes amidst the group’s ongoing summit in Germany.

The leaders of the United States, Canada, the United Kindom, Japan, France, Germany, and Italy also pledged to continue “sustaining and intensifying international economic and political pressure” on Moscow, on the government of President Vladimir Putin, along with “its enablers” in Belarus, which has also received sanctions for Russia’s invasion of Ukraine.

The statement was issued following a video address to the group by Ukrainian President Volodymyr Zelenskyy. The French presidency said that Zelenskyy stressed that there is no time to negotiate with Russia.

“As G7, we stand united on Ukraine’s side and will continue our support. For this, we all have to take tough but necessary decisions. Thank you @ZelenskyyUA for your participation today. We will continue to increase pressure on Putin. This war has to come to an end,” tweeted German Chancellor Olaf Scholz.

In the statement, the G7 leaders also said they were looking for ways to further “isolate Russia from participating in the global market” while cracking down on evasions. This came after US President Joe Biden said the G7 was planning to place an embargo on Russian gold.

The G7 has also condemned the Russian attack on a shopping mall in the Ukrainian city of Kremenchuk Monday, describing the attack as “abominable.” The leaders also pledged that Putin and others who were involved in the attack would be held accountable for their actions.

Around 18 people were killed in the attack, with 59 others wounded. Kyiv has since accused the Kremlin of targeting civilians in its invasion.

“Indiscriminate attacks on innocent civilians constitute a war crime,” said the leaders in a joint statement.