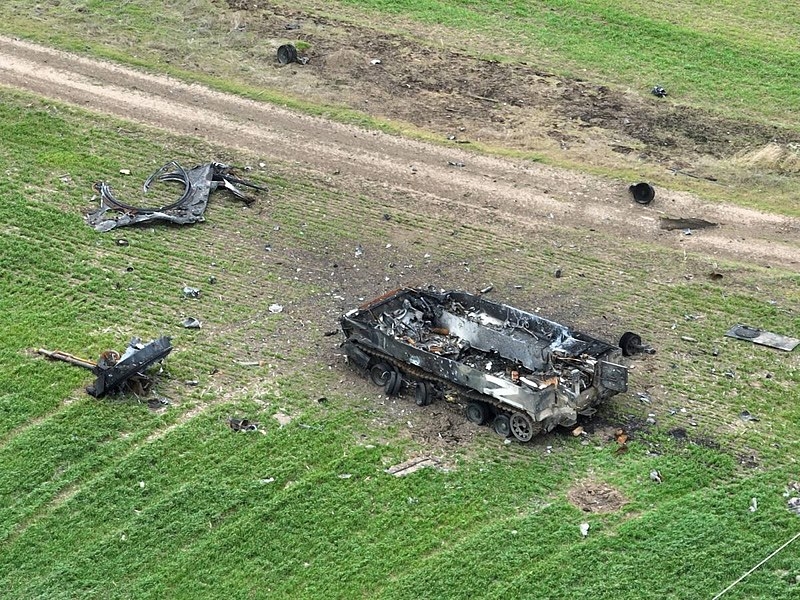 In the fifth month of the war Russia is waging on Ukraine, Ukrainian forces have been making gains with their strikes using weapons provided by the West. The United Kingdom said Ukraine’s strike on a Russian ammunition train had rendered the rail link connecting Kherson to Crimea not operational.

The United Kingdom shared in an intelligence update on Twitter this week that the rail link that connected the Russian-annexed Crimea to the Russian-occupied city of Kherson was not operational, citing Ukraine’s strike on a Russian ammunition train.

The update also said that there may be an increase in civilians attempting to flee from Kherson and surrounding areas, as Russia continues its offensive and Ukraine continues to hold its ground along with potential food shortages.

Ukraine said Wednesday that Russia was creating a military strike force that aimed to target the hometown of President Volodymyr Zelenskyy of Kryvyi Rih. Kyiv also warned that Moscow could also be gearing up for a new offensive operation in southern Ukraine.

While Russia has occupied parts of southern Ukraine, Kyiv says it intends to launch a counterattack. Kyiv said Tuesday that its forces were able to recapture 53 villages in Kherson.

Ukraine’s southern military command said the situation was tense and that Russia attacked the frontlines on the same day.

The city of Kryvyi Rih is around 50 kilometers from the southern frontline.

Russia “has begun creating a strike group in the Kryvyi Rih direction. It’s also quite likely that the enemy is preparing a hostile counter-offensive with the subsequent plan of getting to the administrative boundary of Kherson region,” said the Ukrainian southern military command.

The Ukrainian military also issued a statement saying that Russian forces were scoping out basements in the region to turn them into bomb shelters to store its military hardware.

In his nightly address, Zelenskyy said the fighting in parts of the eastern frontline was “just hell” in the Donbas region.