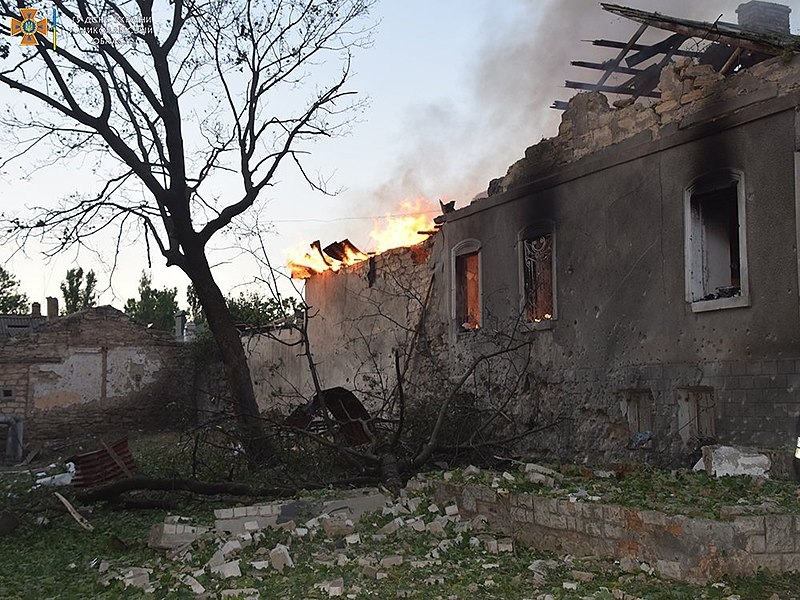 Even as a deal was reached on exporting grain, Russia has continued to bombard Ukraine, almost derailing the export. Russian rockets hit the southern city of Mykolaiv, killing Ukraine’s grain exporter.

Nibulon is based in Mykolaiv, the city that borders the Russian-occupied territory of Kherson. The company specializes in the production and export of wheat, barley, and corn, and has its own fleet and shipyard.

Ukrainian President Volodymyr Zelenskyy said Vadatursky’s death was “a great loss for all of Ukraine” and that Vadatursky was building a modern grain market that involved a network of transhipment terminals and elevators.

“It is these people, these companies, precisely the south of Ukraine, which has guaranteed the world’s food security,” said Zelenskyy in his nightly address. “This was always so, and it will be so once again.”

Zelenskyy said that Ukraine’s social and industrial potential as well as its people and its capabilities are “more powerful than any Russian missiles or shells.”

Mykolaiv Mayor Oleksandr Senkevych said on Ukrainian television said three more people were also wounded from the strike in the area, and that 12 missiles hit residences and educational facilities.

Senkevych said the strikes were “probably the most powerful” on the city in the five months of the war. Dnipropetrovsk Governor Valentyn Reznichenko said on Telegram that up to 50 Grad rockets hit residential areas in Nikopol Sunday, with one person wounded from the strikes.

Friday last week, Zelenskyy said the death of the prisoners in a Russian-held jail was an indication that Russia must be labelled a state sponsor of terrorism. Zelenskyy called for the United States to make the designation.

“I am appealing especially to the United States of America. A decision is needed and it is needed now” said Zelenskyy, who was referring to the legislation introduced by Democratic Senator Richard Blumenthal and Republican Senator Lindsey Graham back in May that would note the US Senate’s stance that Russia engages in acts of terrorism. Both Blumenthal and Graham traveled to Kyiv last month to promote the measure.