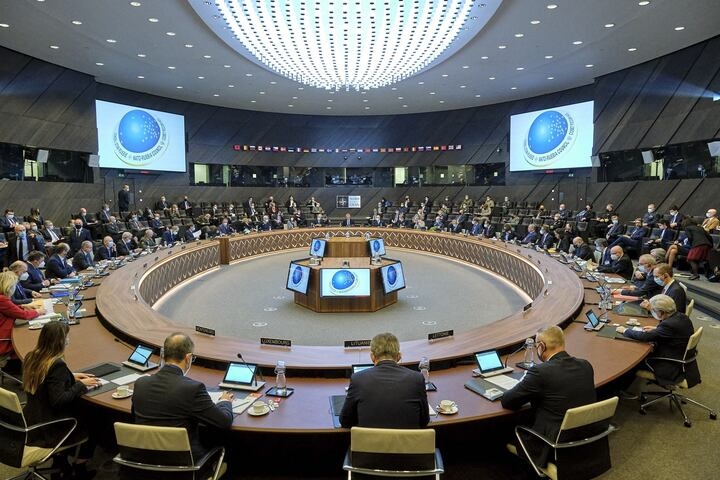 Russia has submitted a list of demands it wants the US and NATO to agree to in the midst of tensions and concerns over a possible invasion of Ukraine. Both the US and the alliance have recently delivered their responses to the demands this week.

Both Washington and NATO have delivered their responses to Moscow’s demands separately this week. US Secretary of State Antony Blinken announced Wednesday that the US ambassador to Russia, John Sullivan relayed Washington’s response to Russia. Blinken said that the response outlines a diplomatic path for Russia to defuse the tensions.

“The document we delivered includes concerns of the United States and our allies and partners about Russia’s actions that undermine security, a principled and pragmatic evaluation of the concerns that Russia has raised, and our own proposals for areas where we may be able to find common ground,” said Blinken.

This comes as Russia maintains its buildup of troops at the border it shares with Ukraine. The buildup has since sparked tensions leading to fears that an invasion may take place. The US and other world powers have warned that any attempt by Russia to invade would result in serious sanctions imposed against them.

While Russia has denied planning any sort of invasion, it demanded that NATO bar Ukraine from joining the alliance and cease eastward expansion. Blinken stressed Wednesday that Washington and its NATO allies would not agree to bar admission for new members, including Ukraine.

NATO Secretary-General Jens Stoltenberg said that the alliance delivered its response to Russia “in parallel with the United States.” Stoltenberg called to re-establish formal ties between Russia and NATO while opening means of communication to avoid escalation.

Regardless of whether Moscow looks to invade or not, Al Jazeera reports that Russian natives only hope for peace in the region. One local told the outlet in a phone conversation that people in Russia are becoming concerned that a third world war may spark from the tensions and that everyone hopes that the conflict would be resolved in a peaceful manner.

Another local, who is from the separatist-backed region of Donbas but is now based in Moscow, said that when it comes to military conflict in the Donbas area, Russia is more likely to make the first strike. Still, he hoped that the conflict would also be resolved without military means.