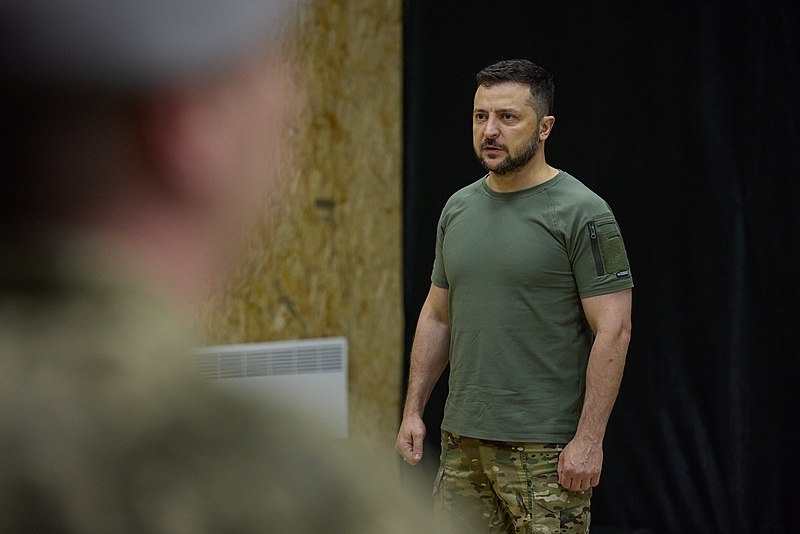 Ukraine accused Russia Wednesday of trying to use the nuclear power plant to launch their offensive, knowing that Ukrainian forces could not respond. The latest rocket attacks killed 13 people and wounded 10 others.

Ukraine alleged that Russia was using the captured area around the nuclear power plant in Zaporizhzhia to launch rockets with the knowledge that no response could be issued from Ukrainian forces.

Ukraine said Russia was targeting the town of Marhanets, an area Moscow says its enemies have previously used to strike Russian soldiers at the power plant, which has captured back in March.

Ukrainian President Volodymyr Zelenskyy said Ukrainian forces would respond to the shelling of Marhanets. The Ukrainian military also said Russia also bombarded several other areas around Zaporizhzhia, including the town of Vuhledar.

Ukraine and Russia have traded blame over the shelling at the power plant, which is the largest power plant in Europe. The UN’s nuclear watchdog, the IAEA, said there would be a potential nuclear disaster, and the G7 countries issued a statement calling on Russia to return full control of the power plant back to Ukraine.

It remains to be seen if Russia would be swayed to return control of the power plant to Ukraine.

China has also publicly endorsed Russia’s invasion of Ukraine in recent days, with the country’s ambassador to Russia, Zhang Hanhui, saying that the US is backing Russia into a corner with the expansions of the NATO alliance and the support for Ukraine’s bid to join the European Union.

13 people were killed from the shelling at Marhanets, with 10 others injured from the attacks.

“The armed forces of Ukraine, our intelligence, and our law enforcement agencies will not leave today’s Russian shelling of the Dnipropetrovsk region unanswered,” Zelenskyy said in his nightly address, adding that the attack underlined the need for allies to provide more powerful weapons.

“The more losses the occupiers suffer, the sooner we will be able to liberate our land and ensure the safety of Ukraine,” said Zelenskyy.

“This is what everyone who defends our state and helps Ukraine should think about – how to inflict the greatest possible losses on the occupiers in order to shorten the war.”