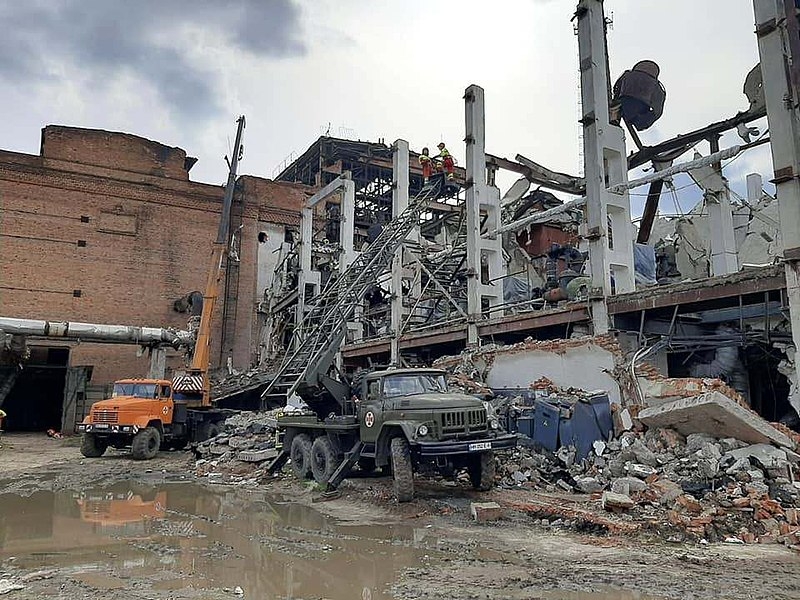 Russia continues to bombard Ukraine in the war Moscow has waged for more than five months already. In the latest escalation of the war, Kyiv accused Moscow of once again shelling its nuclear power plant in Zaporizhzhia.

The plant was also shelled Friday, with Moscow blaming Ukrainian forces for the strikes.

The UN nuclear watchdog, the International Atomic Energy Agency, said Friday’s shelling of the power plant indicated the risk of nuclear disaster. The shells hit a high-voltage power line, resulting in the plant’s operators disconnecting a reactor even when there was no radioactive leak detected.

The plant in Zaporizhzhia was occupied by Russian forces in early March. However, the facility is still run by Ukrainian technicians.

United Nations Secretary-General Antonio Guterres said Monday that the risk of nuclear confrontation has returned after decades, and called on nuclear states to commit to the no first use of nuclear weapons. Commenting on the Russian shelling of the Zaporizhzhia plant, Guterres said that any attack on a nuclear facility is a “suicidal thing.”

Guterres also called for international inspectors to be given access to the Zaporizhzhia facility following the exchange of accusations between Moscow and Kyiv.

“We fully support the IAEA in all their efforts in relation to create the conditions of stabilization of the plant,” said Guterres.

Zelenskyy said during his televised address that Russia was waging “nuclear terror” that “there is no such nation in the world that could feel safe when a terrorist state fires at a nuclear plant.”