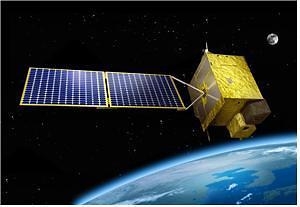 South Korea will develop over 100 miniature satellites over the next decade to establish a national security monitoring system and testing next-generation network communications.

The Ministry of Science and ICT expects such satellite development would encourage the private sector's involvement in the space industry as the mini-satellites can be manufactured quickly and at a relatively low cost.

South Korea's space program has so far been driven by large-scale state-led projects, such as the launch of its first homegrown space rocket slated for October this year.

But the mini satellite projects, such as optical and radar observation of the Korean Peninsula and the satellite communications network technology tests would be led by private groups.

The ministry also intends to develop 22 satellites for observation of radio wave activity in space by 2028, and 13 test satellites to acquire future technologies, such as the autonomous operation of satellite swarm and removing space trash, by 2031.

South Korea's launch of its first lunar orbiter is set for next year.