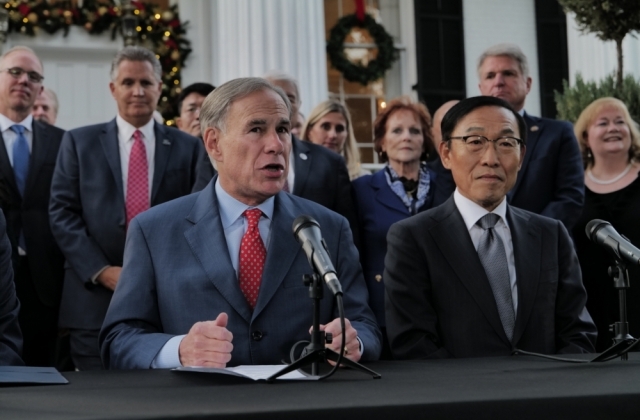 Samsung is building its new chip factory in Texas and has chosen Taylor city for the exact location. The South Korean multinational company is investing $17 billion to build the facility with the aim of helping to end the global semiconductor shortage.

According to CNN Business, this project is Samsung’s largest investment in the United States, and it will be creating 2,000 new high-tech jobs, and thousands more are expected to be offered to the locals once the plant is fully operational. Based on the announcement, the company is aiming o start operations in the second half of 2024.

As for the choice of location, Samsung shared it picked Taylor in Texas after considering many factors. One of the reasons is the site’s being in close proximity to Samsung’s other manufacturing facility in Austin. Also, the company took note of the local government support as well as the local semiconductor ecosystem.

“As we add a new facility in Taylor, Samsung is laying the groundwork for another important chapter in our future,” Samsung Electronics Device Solutions Divisions’ vice chairman and chief executive officer, Kinam Kim, said in a press release. “With greater manufacturing capacity, we will be able to better serve the needs of our customers and contribute to the stability of the global semiconductor supply chain.”

He added that Samsung is also very proud that it can bring more jobs to the community and be able to offer training and support talent development for the locals. He also noted that the company is celebrating its 25th year in the chip manufacturing business in the U.S. Kim went on to say that their team is also thankful to the Biden Administration, the congress, and their partners for creating an environment that supports companies like Samsung.

Meanwhile, the groundbreaking for Samsung’s new chip facility in Taylor has been scheduled to take place in the first half of 2022. The entire semiconductor facility will cover more than five million square meters of land, and it will be the main location where the company will produce a large number of chips to be supplied worldwide.