Should all politicians publish their tax returns? Here's what we might find 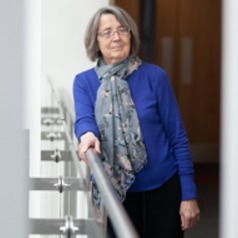 Public pressure has forced Britain’s prime minister, David Cameron, to publish a summary of his taxable income, and a string of UK politicians have followed suit. The moves comes in the wake of the Panama Papers data leak, which has led to a clamour for financial transparency among elected officials.

One element of the argument for disclosure is that it is standard practice elsewhere in the world. The Guardian columnist Polly Toynbee argues, for example, that “in Scandinavian countries, total tax transparency has helped create societies far more equal than ours”.

This is not entirely true, however. Norway is the only country, Scandinavian or otherwise, which gives access to everyone’s tax returns via the internet. In Sweden, enquiries have to be made on an individual basis (the same applies to Iceland and Finland). Denmark does not offer any access to tax returns.

Nor does anywhere else in Europe. In Italy, in 2008 all 38.5m of the population’s tax returns for 2005 briefly appeared online. The finance minister described this as promoting transparency, but the national data protection authority required its immediate withdrawal.

In the US, individuals’ tax returns have been publicised at various times between its Civil War (from 1862) and the 1930s. But disclosure was eventually ruled an assault on citizens’ right to privacy (and thus unconstitutional) in the wake of attempts by Richard Nixon at the time of Watergate to use IRS data against his opponents. Some countries provide corporate tax data, and some (Canada, New Zealand, Ireland) give information about individuals who evade tax, but there is no evidence of a move towards making individuals’ tax returns publicly available.

Deciding whether or not politicians (or the population as a whole) should disclose their tax affairs is one thing. Deciding what information should be made public is another. And defining the personal finances of individual politicians is not easy.

No-one involved in the argument, for or against disclosure, has produced a comprehensive statement of what should be made public. David Cameron, for instance, has published a spreadsheet showing his net income for the last six years. This sounds comprehensive, but it doesn’t tell the reader the wealth that produced his income.

For example, we do not know the bank balance producing the interest he declared. Nor does it tell us what the wealth of the Cameron family is – his wife is herself an heiress and a consultant for an offshore company. All these are relevant in understanding somebody’s financial position. And the wealthier people are, the more data is potentially relevant.

There are, then, a number of questions about requiring disclosure or transparency from politicians. Firstly, what is to be disclosed? If it is just the tax return, we get information about taxable income for the year, but not about the wealth that may be generating it, like the value of real estate or securities. Nor do we find out about movements of wealth within a family, like sharing income with a spouse or transferring assets from parents to children. Nor can they disclose the intangible assets generated from a political career – the connections and goodwill that lead to offers on retirement of lucrative directorships and consultancies.

And then, what is the impact of the information given? There have been claims that publicity will be a massive disincentive for bright people to go into politics. This doesn’t seem to be the case in the US though, where presidential candidates are required to complete a personal financial disclosure form. Donald Trump’s 2015 submission was 92 pages long. It lists him as having 515 different roles (as director/trustee/partner) in Trump businesses, owning 168 business assets (mainly real estate) and several hundred financial assets (shares and bonds). The equivalent for Bernie Sanders is seven pages long, disclosing one employment (Senator for Vermont), two VISA cards and a US$5,000 pension from his post as mayor of Burlington, Vermont.

Does this mean that Trump is squirming in the light of publicity whilst Sanders is seen as a disinterested saint? Hardly. A spokesperson for Trump claimed last year that he has a net worth of US$10 billion and there were problems with the disclosure form because the report “was not designed for a man of Mr. Trump’s massive wealth”. It seems there are benefits to both showing you’re a man of the people (Sanders) and boasting of your wealth (Trump) via high reported earnings.

Most importantly, the information we have about politicians wealth needs to be useful. If each politician can decide what items to report and for what years, we will not be able to draw comparisons between them or interpret their behaviour. The need for comparability and consistency is why accounting regulation for companies has become so important (and so contested).

Research looking at politicians’ disclosures worldwide has looked at reporting in 175 countries. It draws two conclusions that are relevant here. One is that “public, rather than confidential, disclosure is associated with lower perceived corruption and better government”. The other, troublesomely, though is that “identifying the assets, liabilities, income sources, and conflicts (of interest) as opposed to income and wealth levels, is more consistently associated with better government”. Disclosure then is highly desirable, but the problem that remains is eliciting from politicians the information that most needs to be disclosed.

Josephine Maltby does not work for, consult, own shares in or receive funding from any company or organization that would benefit from this article, and has disclosed no relevant affiliations beyond the academic appointment above.