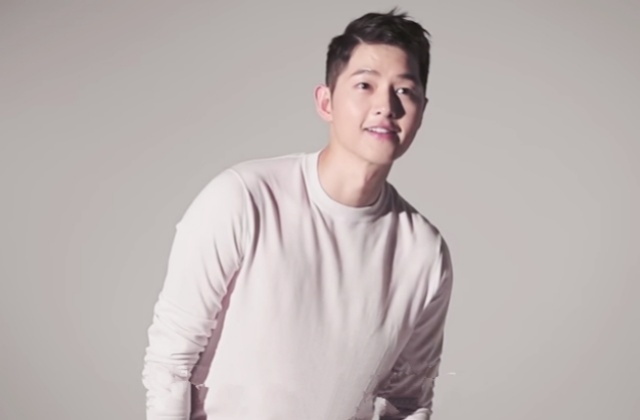 Song Joong Ki will be making his first public appearance since his divorce from Song Hye Kyo via the 2020 Mnet Asian Music Awards. As the event is just around the corner, the organizers of MAMA announced that the 35-year-old actor has been selected to host the ceremony.

Details of Soong Ki’s participation at the MAMA

On Nov. 24, Mnet confirmed that Song Joong Ki has been given the assignment as the host of the anticipated music awards. South Korea’s Sports Donga reported that this is the actor’s third time to host the MAMA ceremony. Apparently, Song Joong Ki also graced the event as its official host in the years, 2012, 2017 and 2018.

In any case, it was learned that since the coronavirus pandemic is not yet over, the awards ceremony will be taking place without face-to-face contact. Mnet will implement strict COVID-19 guidelines for the safety of everyone who will be attending the event.

This year’s concept for the ceremony was revealed to be called “NEW-TOPIA.” This will also mark MAMA’s 12th anniversary as an international music awards ceremony.

Voting for the candidates is now ongoing at the official website of the 2020 MAMA. Fans have their chance to help their favorite stars win in the categories they were nominated in. in any case, the Mnet Asian Music Awards is set to take place on Dec. 6.

Meanwhile, aside from this hosting job, Song Joong Ki is currently working on a drama called “Vicenzo.” He will be acting alongside Jeon Yeo Bin and 2PM’s Ok Taecyeon and filming is believed to have started already.

As reported in Xports News, Song Joong Ki is a lawyer named Vincenzo Cassano. He is a South Korean who was adopted by an Italian family so his nationality is Italian.

Vicenzo traveled back to his original homeland when he became an adult and started working for a firm where he met Hong Cha Young. As a lawyer, Song Joong Ki’s character is tough and someone who has worked with a crime group. At any rate, there is no release date yet for this drama.