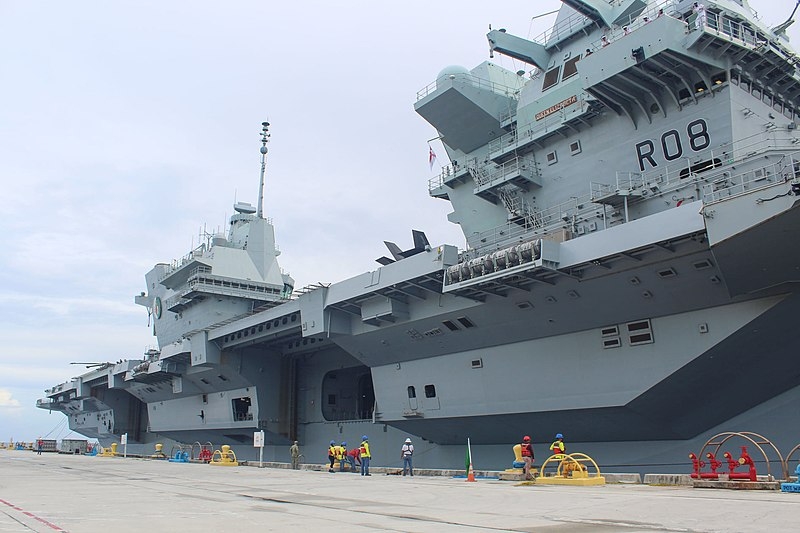 Tensions remain between countries over the South China Sea in the region and in the West. Alongside the presence of the US in the waters, the UK has also deployed its own warship into the region.

The ships have participated in joint naval exercises with other countries so far. The Chinese state media outlet Global Times has since responded to the deployment of the UK warships into the region, saying that China will also conduct naval exercises of its own at the same time.

“While the Chinese military drills are not likely directly related to the UK warships, they show that the [navy] is at high combat readiness,” said the outlet. “Just like US warships that intruded Chinese islands and reefs in the region, UK vessels do the same, they will also be expelled.”

China claims most of the South China Sea, which overlaps with claims of surrounding countries, including Taiwan. A 2016 ruling said that Beijing’s claim has no basis in international law and thus is not supported. Beijing has ignored the ruling and has constantly tried to assert control over the region, angering the surrounding nations.

Along with the South China Sea, China also claims sovereignty over the island nation of Taiwan and has engaged in a pressure campaign to get Taiwan to submit. The democratic government of Taiwan has since resisted, along with assistance from the US and other nations. However, there are fears that Beijing may decide to take over the island nation through military means, Chinese jets making incursions once again over Taiwanese airspace.

This week, 52 Chinese military aircraft were seen flying over Taiwanese airspace. The incursion follows the warning made by Taiwan’s foreign minister that the island nation is also preparing for a possible military conflict with China.