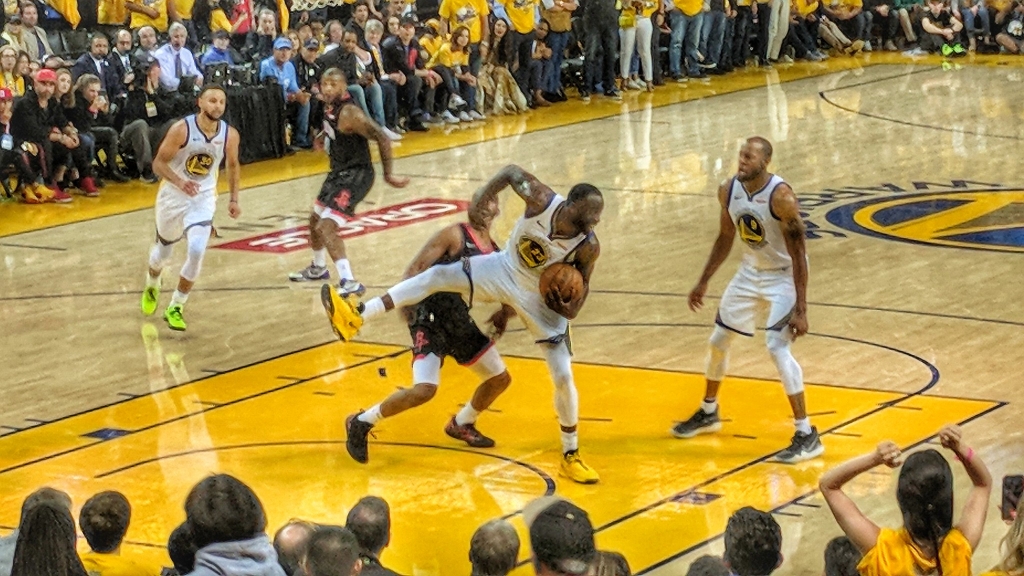 The Phoenix Suns posted a video of Devin Booker taking one shot after another in a game against Miami Heat and captioned it that they've got at least 50(k) reasons why they love their prized point guard.

This was in reaction to the National Basketball Association (NBA) fining Draymond Green of the San Francisco Warriors $50,000 for the comments that he made about Devin Booker and the Phoenix Suns.

Green was serving as an analyst for TNT during the broadcast last Friday. While the Warriors' forward had lauded Booker and the Suns for their undefeated streak inside the NBA bubble, he had added that Booker should get out of Phoenix as staying there is not good for his career.

Ernie Johnson of TNT had asked Green then if his comments can be considered as tampering, and he had said maybe.

Apparently, the NBA decided it is tampering as they fined Green. They released a statement saying that Green has violated the NBA's anti-tampering rule.

The NBA had tightened its rules on tampering with emphasis on disallowing player-to-player tampering.

While it is puzzling how Green could make a comment like that against Phoenix when they are the only team that has remained undefeated inside the NBA bubble at 5-0, it is not, however, the first time that he has been critical of the Suns.

Prior to his comments involving Booker, Green had also been vocal against Phoenix with regards to their handling of new Warriors teammate Marquese Chriss whom they got from the Cleveland Cavaliers.

Chriss was drafted by the Sacramento Kings but was immediately traded to the Phoenix Suns in the 2016-2017 season. Before he got to the Warriors, Chriss was traded by the Suns to Houston Rockets then got acquired by the Cleveland Cavaliers.

According to Green, back then, Chriss has been in a tough situation, but instead of blaming the situation, or the franchises, the blame is on the player always.

Green had pointed out then that the organization was already terrible with everything going wrong, but it was the player who got the blame. But, when he left, nothing was still right within the organization.

While Booker might not spend the rest of his career with the Phoenix Suns, he is also unlikely to leave them now, especially that the team's future is looking bright.